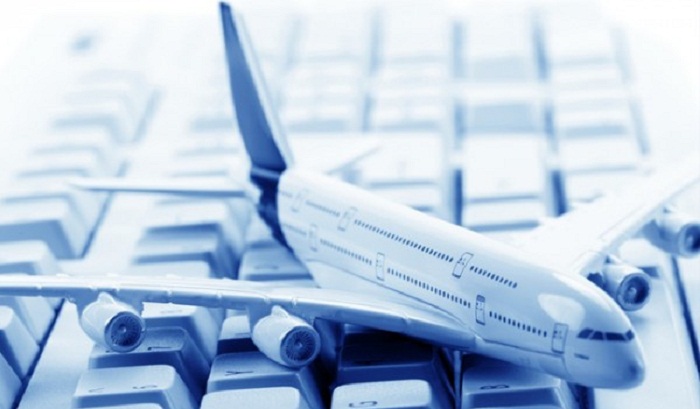 Across the U.S., airports are ghostly quiet, hosting barely 5% of the number of travelers who passed through them at this time last year. When the coronavirus pandemic eases, it won’t be a quick return to normal. New health screening and safety measures promise to complicate travel, and airlines will be shrunken versions of their former selves, with reduced route networks and a transformed in-flight experience.

It could take two to five years before passenger numbers return to the go-go levels of 2019, says Helane Becker, an analyst with the investment bank Cowen, and U.S. airlines are downsizing accordingly – she expects them to end the year 20% to 30% smaller than at the start. Safety worries will be compounded by a deep, sudden recession that is putting millions out of work and deeper into debt. “If you’re lucky enough to have a landlord who lets you defer rent you have to pay that back and your credit card bills before you can think about going to Disney World,” she says.

Here’s how travel will change for those who are able to afford it.

Expect cheap fares to start. After that it could get complicated: Once lockdowns end, airlines will offer smoking-hot deals to entice the cautious to set aside their fears and fly again. “You’ll have to pinch yourself and say why am I not doing this,” says aviation consultant Bob Mann.

Well-to-do leisure travelers will be the first to test the waters, says Mann, and “when the canaries come back uninfected and unaffected,” that will give corporations reason to relax their travel bans and send the road warriors out, giving airlines some of their most lucrative customers again.

But if airlines leave seats empty to allow for social distancing, either willingly or due to government regulations, for any length of time, that will put pressure on them to raise fares. Last year, airlines worldwide broke even when the cabin was roughly 66% full, according to the industry group IATA. if middle seats are left vacant, that means at best only 66% of seats will be available.

Reduced service to second- and third-tier cities and less competition could also lead to higher fares to some destinations.

Travel will be more inconvenient:  We’ll have fewer options and some routes that were once nonstop will now require connections, perhaps by a circuitous route. Layovers in hubs could be longer. Even on popular routes, early morning and late evening flights that existed before the pandemic are unlikely to come back for years, and midday flights that aren’t as popular with business travelers could be trimmed back.

Expect health screening at airports and potentially longer lines:  After 9/11, new airport security screening measures and bag inspections by the Transportation Security Agency led to long lines and wait times. That helped to kill some of the closest short-haul routes, making driving a cheaper and more convenient alternative. Now screening for coronavirus will likely become a standard feature of the travel experience, at least until a vaccine is developed and put into widespread use. That could take years. Emirates Airlines last week announced that it had tested passengers for coronavirus at check-in in Dubai for a flight to Tunisia, using a 10-minute blood test. However, those types of tests are not yet believed to be reliable. Travelers who have recovered from coronavirus might receive a health passport certifying they have immunity, allowing them to speed through. There’s been discussion of creating a testing and documentation process for flight crews and passengers to be tested before they go to the airport, but reliability of testing also promises to bedevil that as well. Whether it all leads to delays may depend on …

More automation:  Adoption of biometric identification and broader use of CT scanners for luggage inspections could allow passengers to be cleared through checkpoints without interaction with security staff.

The major airlines in the past have often been content to offer budget fares $10 or $20 above low-cost carriers like Spirit or Frontier. In competitive markets, they’ll now likely be less willing to let passengers spill over to the smaller carriers, and they’ll have stronger balance sheets to absorb the short-term pain of a price war, says Henry Haarteveldt of Atmosphere Research. “Some airlines will be brutal in how they use their pricing software,” he says. If budget airlines exit, expect prices to go up.

Room may be cleared for new airlines … or not:  The major airlines are wounded and will pull back service. Used planes will be cheaper and there will be plenty of unemployed pilots and cabin crew. That could make for an easier environment for two startup budget airlines in the works: JetBlue founder David Neeleman’s Breeze Airways and an unnamed airline from former Allegiant and United exec Andrew Levy, which are both targeting smaller cities with less service. But that’s assuming they can still pull together the funding, which may not be a given with the shellacking investors have taken and the likelihood of a recession, says Mann.

The passengers around you may be older: M illennials and Gen Z had high amounts of debt and low savings heading into the pandemic, and they’re likely to have less money to travel coming out of it, says Haarteveldt. That’s a blow to an industry that was catering heavily to younger consumers, who have tended to spend more heavily than older generations on “experiences” like travel rather than things.

Expect more cross-selling:  Allegiant has built a thriving business convincing fliers to book their hotel stays and car rentals through its website. Other airlines are likely to do this more as well, Haarteveldt says.

Privileges may be scaled back for frequent fliers:  Bag check privileges may be cut and benefits reduced for the lower half of frequent flier tiers. People who now get a free checked bag may get a reduced charge, and upgrades that were complementary may be charged for, says Haarteveldt. Luxury car transfers may no longer be offered as a cost saving measure and a function of social distancing.

But any attempts to wring more fees out of the average traveler would likely be met with a backlash after receiving government bailouts.

Airport lounges may be less luxe:  Spa services like massages and facials could be axed at least initially and reduced. Buffets may be closed and food and beverage options curtailed.