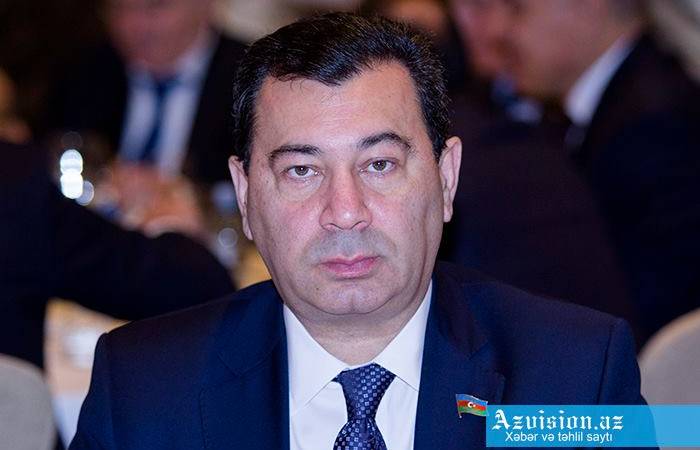 The attitude of Armenian Foreign Minister Zohrab Mnatsakanyan to the statement voiced by Russian Foreign Minister Sergey Lavrov concerning the negotiations to resolve the Armenia-Azerbaijan Nagorno-Karabakh conflict during the video conference on April 21 is a provocation, Head of the Azerbaijani Parliamentary Committee on International and Inter-Parliamentary Relations Samad Seyidov said.

Seyidov made the remark at the meeting of the Azerbaijani parliament, Trend reports on April 24.

“It is necessary to take measures so that it would be the last Armenian provocation,” the committee head added. “The international organizations know that Armenia will do everything to maintain the status quo. Armenia committed all crimes against humanity for the occupation of lands to be continued and the status quo to be maintained."

The head of the committee emphasized that Armenia is fully responsible for the violation of the negotiation process.

“No international organization has recognized the so-called "election" held in the occupied Azerbaijani lands,” the head of the committee added. "President Ilham Aliyev put an end to another Armenian attempt to hold talks in trilateral format at the Munich Security Conference.”

Seyidov suggested holding hearings on the settlement of the Nagorno-Karabakh conflict in parliamentary committees by inviting the representatives of Azerbaijani Foreign Ministry to these hearings.

Speaker of the Azerbaijani parliament Sahiba Gafarova said that the proposal will be taken into account.

Earlier, answering Trend's question during the briefing, Russian foreign minister Lavrov stressed that of course, the UN Security Council’s resolutions on the settlement of the Nagorno-Karabakh conflict are the well-known documents.

The Russian foreign minister added that there are Madrid principles, there are documents that Russia prepared in 2010-2011, which is known as the Kazan document.

“There are the projects that were distributed at the meeting of the Russian, Azerbaijani and Armenian foreign ministers with the participation of the OSCE Minsk Group co-chairs in April 2019 in Moscow and are now being actively discussed,” Lavrov added.