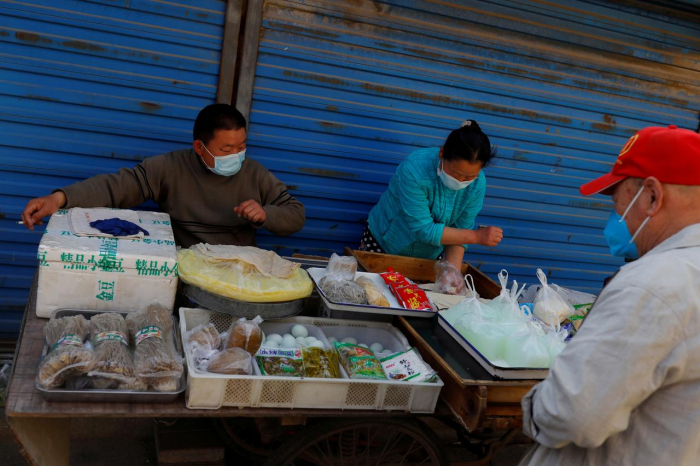 China sought to block a European Union report alleging that Beijing was spreading disinformation about the coronavirus outbreak, according to four sources and diplomatic correspondence reviewed by Reuters.

The report was eventually released, albeit just before the start of the weekend Europe time and with some criticism of the Chinese government rearranged or removed, a sign of the balancing act Brussels is trying to pull off as the coronavirus outbreak scrambles international relations.

The Chinese Mission to the EU was not immediately available for comment and China’s Foreign Ministry did not immediately respond to faxed questions about the exchange. An EU spokeswoman said “we never comment on content or alleged content of internal diplomatic contacts and communication with our partners from another countries.” Another EU official Reuters said that the disinformation report had been published as usual and denied any of it had been watered down.

Four diplomatic sources told Reuters that the report had initially been slated for release on April 21 but was delayed after Chinese officials picked up on a Politico news report hat previewed its findings.

A senior Chinese official contacted European officials in Beijing the same day to tell them that, “if the report is as described and it is released today it will be very bad for cooperation,” according to EU diplomatic correspondence reviewed by Reuters.

The correspondence quoted senior Chinese foreign ministry official Yang Xiaoguang as saying that publishing the report would make Beijing “very angry” and accused European officials of trying to please “someone else” - something the EU diplomats understood to be a reference to Washington.

The four sources said the report had been delayed as a result, and a comparison of the internal version of the report obtained by Reuters and the final version published late Friday showed several differences.

For example, on the first page of the internal report shared with EU governments on April 20, the EU’s foreign policy arm said: “China has continued to run a global disinformation campaign to deflect blame for the outbreak of the pandemic and improve its international image. Both overt and covert tactics have been observed.”

The public summary posted Friday to the bloc’s disinformation portal, euvsdisinfo.eu https://azvision.az/redirect.php?url=http://www.euvsdisinfo.eu attributed the disinformation to “state-backed sources from various governments, including Russia and – to a lesser extent – China.”

The public summary did note “significant evidence of covert Chinese operations on social media,” but the reference was left to the final six paragraphs of the document.

The disputes have sometimes caught Europeans in the middle. With more than a billion euros a day in bilateral trade, the EU is China’s top trading partner, while China is second only to the United States as a market for EU goods and services.

In a webcast Friday with the Friends of Europe think tank, China’s ambassador to the EU Zhang Ming said, “Disinformation is an enemy for all of us and it should be addressed by all of us.”