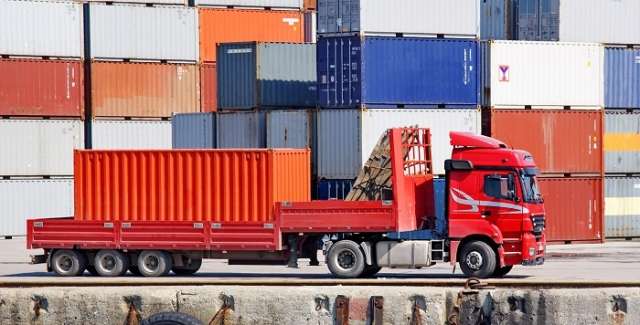 Azerbaijan cooperates with Japan within the synergy of the Baku-Tbilisi-Kars (BTK) railway with the potential of the Trans-Siberian railway, Spokesman for Azerbaijan’s ADY Express LLC Ilham Abdulov told Trend.

"During the bilateral meeting of the Azerbaijani and Russian presidents within the "One Belt - One Road" second conference, held in Beijing on April 26, 2019, the synergy of the potential of the BTK railway and the Trans-Siberian railway was discussed," Abdulov added. "This proposal was supported by the presidents."

"Afterwards, a meeting was held among the management of Azerbaijan Railways CJSC, Russian Railways OJSC and the Coordinating Council on Trans-Siberian Transportation," the spokesman said.

"On September 19, 2019, Azerbaijan Railways company was elected a full member of the council at the plenary meeting of the "Coordinating Council on Trans-Siberian Transportation" in Kazakhstan’s Nur-Sultan city," Abdulov said.

"After Azerbaijan joined the Council, the name of the organization was changed to "International Coordinating Council on Trans-Eurasian Transportation" due to the expansion of the scope of cargo transportation along the corridor," the spokesman said.

"On November 25, 2019, as part of the tenth meeting of the State Commission on Economic Cooperation between Azerbaijan and Japan, the management of Azerbaijan Railways company, ADY Express and ADY Container visited more than 10 major logistics companies and cargo holdings in Japan," Abdulov added.

"At the same time, the Azerbaijani railway delegation held useful meetings with the representatives of the Japanese Ministry of Land, Infrastructure, Transport and Tourism and the Japan International Freight Forwarders Association," the spokesman said.

"The talks were dedicated to the commissioning of the BTK railway and Azerbaijan’s membership in the Coordinating Council on Trans-Siberian Transportation, as well as the transportation of goods along the Japan-Russia-Azerbaijan-Georgia-Turkey-Europe route," Abdulov said.

"Moreover, a meeting was held in Moscow on December 10-11, 2019 with the participation of the heads of the Azerbaijan Railways and Russian Railways companies, where an action plan was discussed to attract cargo from the Asia-Pacific region, including Japan, through the routes of Azerbaijan," the spokesman added.

"The cooperation with Italy, Hungary and the Czech Republic is carried out mainly within the East-West transport corridor," Abdulov said.

"The International Association ‘Trans-Caspian International Transport Route’ was created in 2017," Abdulov added. "Azerbaijan Railways company is represented as part of the Association’s management. Special technologies and a single price are used for the transportation of containers and railcars along the route."

"As a result of the conducted work, the Association offers customers transit services at a single price to Poland, Slovakia, Hungary and Romania, crossing the Black Sea from the border of China with Kazakhstan and Central Asia through Ukraine," Abdulov added.

"At the same time, the commissioning of the Baku-Tbilisi-Kars railway, which is of particular importance for our country, has expanded our capabilities even more," the spokesman said.

"The BTK railway, initiated by President of Azerbaijan Ilham Aliyev, made Azerbaijan a leader in the global transport system," Abdulov said. "This railway is of great importance not only for the region, but also for Asia and Europe as a whole."

"Currently, Azerbaijan Railways company is working to fully use the potential of the BTK railway," the spokesman said. "The undertaken efforts are giving results. The cargo of the two biggest Russian companies upon the world standards - the Magnitogorsk Iron and Steel Works and Evraz company are already being transported through BTK."

"At the same time, grain was transported from Russia to Turkey through BTK," Abdulov said. "A container train operated by ADY Container company is running from China to Europe (Czech Republic) and many other projects were implemented."

"To attract cargo and increase cargo turnover through this route, we regularly hold meetings at various events, in bilateral and multilateral formats, including those with representatives of leading European transport, logistics and forwarding companies, as well as shipping companies from Italy, Hungary, Austria and other countries," the spokesman said.