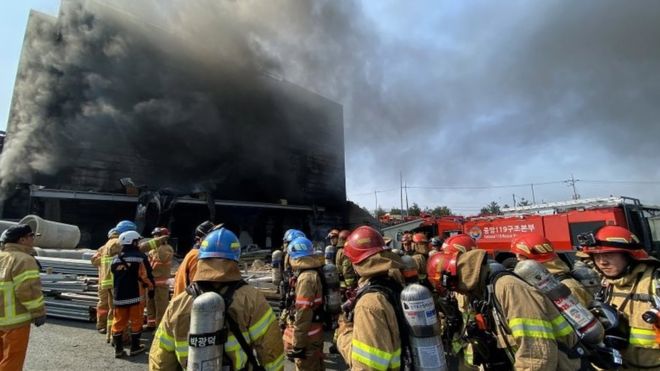 At least 36 people have been killed in a fire at a warehouse that was under construction in the South Korean city of Icheon, AzVision.az reports citing BBC News.

The blaze was caused by an explosion of flammable material being used in the installation of insulation in a basement, South Korean media reported.

All the victims are believed to be construction workers.

There are fears the death toll could rise as 78 people were working in the building and not all are accounted for.

South Korea's Yonhap news agency says at least 10 people were injured in the fire at Icheon, 80km (50 miles) south of the capital, Seoul.

Prime Minister Chung Sye-kyun ordered the mobilisation of "all necessary personnel and resources" to tackle the emergency.