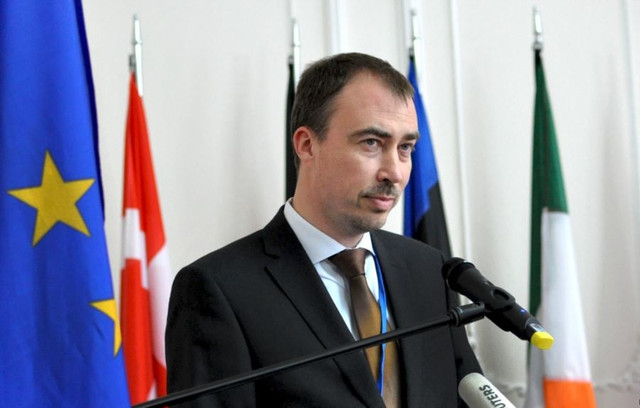 He pointed out that despite the current difficult context related to the COVID-19 pandemic, the European Union continues to closely follow developments around the Nagorno-Karabakh peace process, be it the situation on the ground or recent public remarks about the current phase of negotiations led by the OSCE Minsk Group Co-Chairs.

“In this vein, I had telephone conversations with both the Azerbaijani and the Armenian Foreign Ministers last week. I also held discussions with several other relevant actors over the past few weeks. These were exchanges on recent developments in the region, including on the impact of the coronavirus, which is a common challenge for the world and demands common efforts to overcome it. As you know, High Representative Josep Borrell on behalf of the European Union made a strong statement in support of the appeal by United Nations Secretary-General António Guterres for an immediate global ceasefire in light of the global coronavirus pandemic. In the Nagorno-Karabakh conflict settlement context, I would like to reiterate the European Union’s call on Armenia and Azerbaijan to strictly observe the ceasefire, devote energy and resources to fighting the pandemic and remain meaningfully engaged in the peace process led by the OSCE Minsk Group Co-Chairs,” added Klaar.

He noted that the European Union fully supports the efforts of the Co-Chairs, who ensure the continuity of the conflict settlement process, as well as their approach and proposals toward peace and security in the region.

The joint meeting between the Foreign Ministers and the Co-Chairs that was held via videoconference on 21 April – and resulted in a joint statement – is a welcome positive development added Klaar.

He pointed out that the status quo is unsustainable.

“The conflict needs an early political settlement. We expect the sides to take measures to reduce tensions further and engage substantively on core issues and next steps in line with the joint statement made on 30 January 2020 after intense three-day discussions in Geneva facilitated by the Co-Chairs. The European Union looks forward to the resumption of face-to-face meetings and implementation of previously agreed humanitarian measures as soon as the situation allows it. We stand ready to support steps to help prepare the populations for peace,” Klaar concluded.