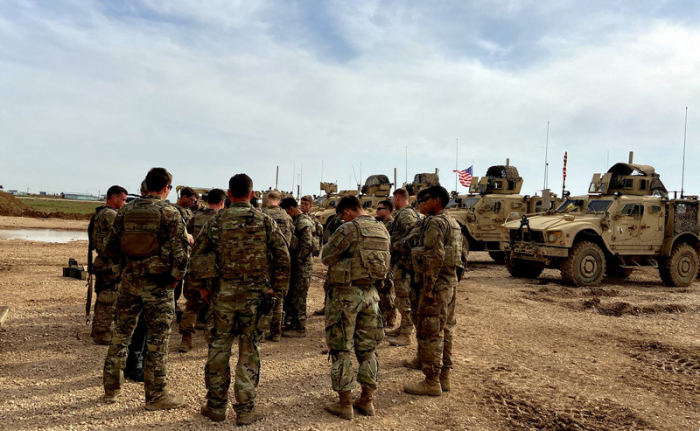 The U.S. forces have created a new base in Syria's eastern province of Deir al-Zour after bringing in military supplies, a war monitor reported on Friday, AzVision.az reports citing Xinhua.

The base was created in the al-Jazrat area in the western countryside of Deir al-Zour after "massive" supplies and reinforcement reached that area, said the Syrian Observatory for Human Rights.

The UK-based watchdog group said 300 military shipments of the U.S. reached al-Jazrat over the past few days.

It said the U.S. forces are also expanding their base in the al-Omar oil field in the eastern countryside of Deir al-Zour.

The U.S. has several bases in Syria, mainly in northern and eastern regions where the Kurdish-led Syrian Democratic Forces (SDF) are located.

The Syrian government has for long demanded the withdrawal of the U.S. forces from Syria, branding them as forces of occupation.

However, the U.S. is consolidating its positions in Syria, mainly in areas where oil fields are located in eastern Syria.