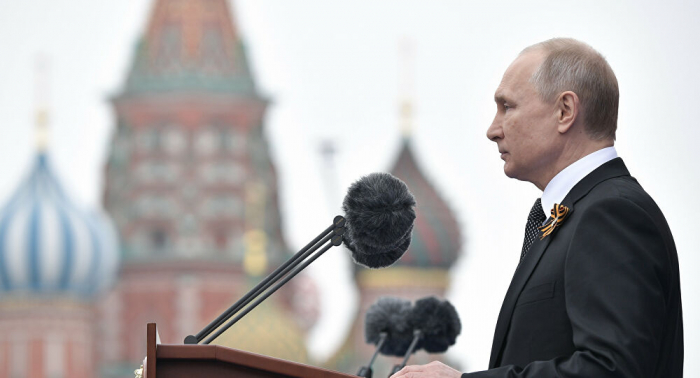 The country planned vast celebrations for Victory Day, but some events, including the usual parade and the Immortal Regiment march, had to be delayed due to the COVID-19 pandemic, which resulted in serious restrictive measures in Moscow and other regions.

Russian President Vladimir Putin lays a wreath at the Tomb of the Unknown Soldier near the Kremlin Wall to commemorate the heroism of the soldiers, who fought against the Nazis. After laying the flowers, the president gives a speech, celebrating the 75th anniversary of the country's victory in World War II. After the ceremony, the Russian Air Force will perform an air show over Moscow.

At least 75 aircraft are taking part in the celebrations, including MiG-31 interceptors, Il-76 transport planes, Su-24 bombers, MiG-29 and Su-57 fighters, military helicopters, and many others.