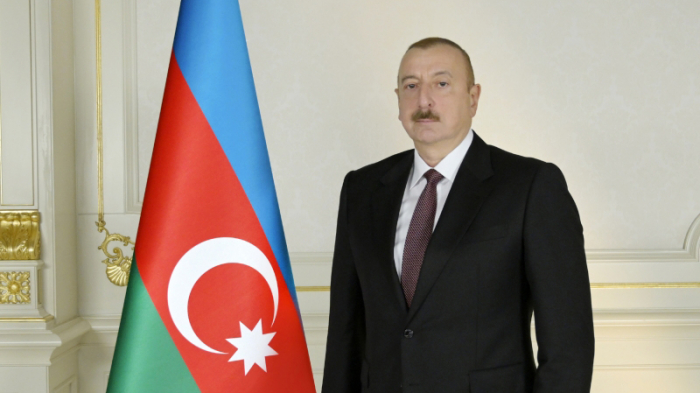 The so-called “elections” recently held in Azerbaijan’s Nagorno-Karabakh region occupied by Armenia once again showed that no one recognizes this illegal military junta regime, Azerbaijani President Ilham Aliyev said in an interview with a Russian magazine.

The May edition of the influential Russian magazine "Natsionalnaya Oborona" (National Defense) has published an interview with President of the Republic of Azerbaijan Ilham Aliyev.

The head of state noted that leading international organizations did not recognize “these elecions”, making open statements on this issue.

“The OSCE Minsk Group co-chairs – Russia, the U.S., France, the OSCE Parliamentary Assembly, the European Union, the Organization of the Islamic Cooperation, the Non Aligned Movement and the European Parliament made statements on these “elections”,” President Aliyev said. “All this organizations did not recognize the “elections” and once again showed that Nagorno-Karabakh is an integral part of Azerbaijan. This has once again demonstrated that – I spoke out this and want to say again – that Nagorno-Karabakh is Azerbaijan and exclamation mark!”

The Azerbaijani president urged the international community and the OSCE Minsk Group co-chair countries to exert serious pressure on the aggressor to move the peace process off the ground.