Unicef: 6,000 children could die every day due to impact of coronavirus 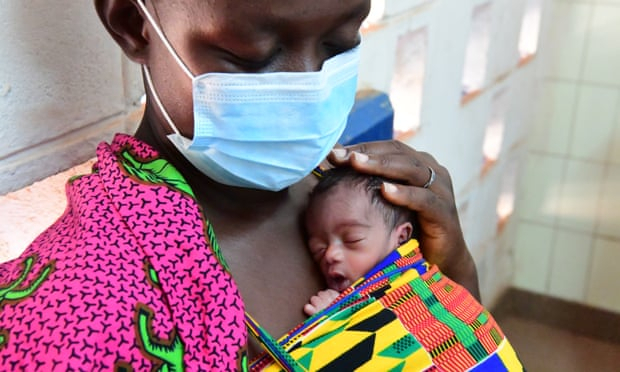 As many as 6,000 children around the world could die every day from preventable causes over the next six months due to the impact of coronavirus on routine health services, the UN has warned.

Global disruption of essential maternal and child health interventions – such as family planning, childbirth and postnatal care, child delivery and vaccinations – could lead to an additional 1.2 million deaths of children under five in just six months, according to analysis by the Johns Hopkins Bloomberg School of Public Health, published in the Lancet Global Health Journal.

This projected figure is in addition to the 2.5 million children who die globally every six months before their fifth birthday, and threatens to reverse nearly a decade of progress on ending preventable child deaths, said the UN’s children’s agency, Unicef, on Wednesday.

“This pandemic is having far-reaching consequences for all of us, but it is undoubtedly the biggest and most urgent global crisis children have faced since the second world war,” said Unicef UK’s executive director Sacha Deshmukh.

“Children’s lives are being upended across the globe – their support systems ripped away, their borders closed, their educations lost, their food supply cut off. Even in the UK, children face the threat of a measles outbreak and school closures are putting vulnerable children at increased risk.”

The research underlines just how disruptive to medical supply chains coronavirus has been in countries with already weak health systems. Visits to healthcare centres are declining due to lockdowns, curfews and transport disruptions, and as communities remain fearful of infection, it says.

The analysis, which looks at three modelled scenarios in low- and middle-income countries, warns that in the most optimistic scenario, where health services are reduced by about 15%, there would be a 9.8% increase in under-five child deaths – an estimated 1,400 a day – and a jump of 8.3% in maternal deaths.

In the worst-case scenario, where health services are reduced by about 45%, there could be as much as a 44.7% increase in under-five child deaths and a 38.6% increase in maternal deaths per month.

“Our estimates are based on tentative assumptions and represent a wide range of outcomes,” the report authors write.

“Nonetheless, they show that, if routine healthcare is disrupted and access to food is decreased (as a result of unavoidable shocks, health system collapse, or intentional choices made in responding to the pandemic), the increase in child and maternal deaths will be devastating.”

“An estimated 10,000 Syrians [along the Syrian-Jordanian border near Rukban] have been unable to receive any medical services [in Jordan] since lockdown started six weeks ago and the border was closed.

“Children aren’t getting their vaccines, and women who were due to have caesareans haven’t been able to. We’ve had many a sleepless night, but luckily no one has died.”

The 10 countries projected to have the greatest additional number of child deaths in the worst-case scenario are Bangladesh, Brazil, the Democratic Republic of the Congo, Ethiopia, India, Indonesia, Nigeria, Pakistan, Tanzania and Uganda.

Unicef has launched its biggest appeal to reach those impacted by the virus, and aims to support ongoing efforts by supplying medical equipment, carrying out prevention campaigns and supporting health, education and social services for children.