'Llamas are the real unicorns': why they could be our secret weapon against coronavirus 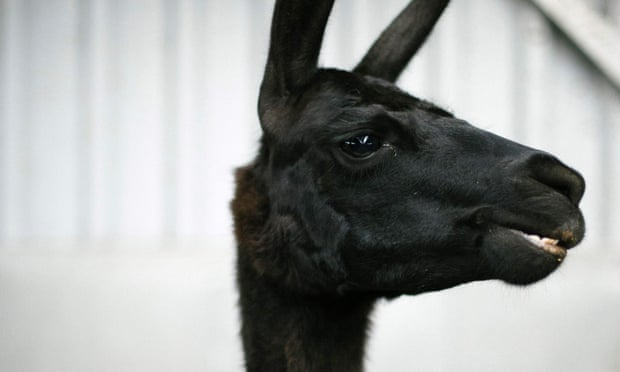 The solution to the coronavirus may have been staring us in the face this whole time, lazily chewing on a carrot. All we need, it seems, is llamas.

A study published last week in the journal Cell found that antibodies in llamas’ blood could offer a defense against the coronavirus. In addition to larger antibodies like ours, llamas have small ones that can sneak into spaces on viral proteins that are too tiny for human antibodies, helping them to fend off the threat. The hope is that the llama antibodies could help protect humans who have not been infected.

International researchers owe their findings to a llama named Winter, a four-year-old resident of Belgium. Her antibodies had already proven themselves able to fight Sars and Mers, leading researchers to speculate that they could work against the virus behind Covid-19 – and indeed, in cell cultures at least, they were effective against it. Researchers are now working towards clinical trials. “If it works, llama Winter deserves a statue,” Dr Xavier Saelens, a Ghent University virologist and study author, told the New York Times.

To any llama aficionado, this news should come as no surprise. The animals have developed a reputation for healing. Llama antibodies have been a fixture in the fight against disease for years, with researchers investigating their potency against HIV and other viruses.

And their soothing powers go beyond the microscopic. Llamas have become exam-season fixtures at a number of top US colleges. George Caldwell, who raises llamas in Sonora, California, brings his trusted associates to the University of California, Berkeley, UC Davis, Stanford, and other northern California universities and high schools, where their tranquility is contagious, helping students overcome end-of-term anxiety. “When you’re around a llama, you become very calm and at peace,” one Berkeley senior said at a campus event last year.

At that event, I joined the ranks of the converted, having had the good fortune to receive a “llama greeting”, which involves warm llama breath hitting one’s face. It was the most pleasant nostril-based salutation I have ever received – all my anxieties seemed to dissipate in the llama-generated air. (This was long before the pandemic, which has largely ruined the appeal of being breathed on.)

Humans and llamas are natural allies, said Caldwell, though too few realize it. “People see the llamas, they all light up,” he said. “Llamas just have that ability – it’s programmed right into us.” Their hair can be used to make clothing, their manure benefits crops, and as Winter’s antibodies reaffirm, “even their blood can help us”. And they are known as pack animals, a skill currently serving them well in Wales, where these hairy essential workers are delivering groceries.

“Everything about these guys – you’d think that they’d be the most valued creature in the world,” Caldwell said. His goal is to spread the word about their gifts: “Llamas are the real unicorns.”

Now they are doing their part inside and outside the laboratory. Caldwell has discussed collecting antibodies with his vet, but it is not an easy process, he says, especially for an older person: some llamas are less than eager to become blood donors, and they can be “ruffians” when the situation calls for it.

They are offering their services elsewhere, however. The pandemic has halted campus visits for now, so Caldwell has moved some operations online. This month he offered a live-streamed tour of his llamas’ residence, hosted by UC Davis.

The creatures’ enclosure was a picture of peace, where Quinoa, Joolz, McSlick and friends sat munching and gazing out at the world, blissfully unaware of the global pandemic, or perhaps simply confident that better times lie ahead.

With Winter on our side, they could be right.