Homophobic crimes rise by more than a third in France 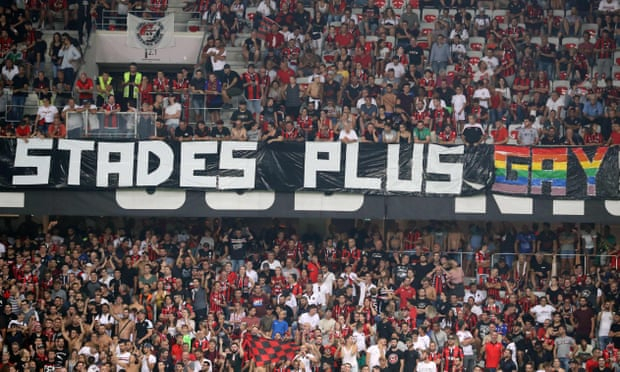 Homophobic attacks and insults in France rose by 36% last year, according to figures released by the interior ministry, prompting the government to talk of an “anchoring” of homophobia in the country.

The figures released on Saturday show a steady increase in offences and come on the eve of the International Day Against Homophobia, Transphobia and Biphobia, and 30 years after the withdrawal of homosexuality from the list of mental illnesses by the World Health Organization.

in 2019 the police identified 1,870 victims of homophobic or transphobic offences, compared to 1,380 in 2018, representing a 36% increase in the number of victims of anti-LGBT acts, the ministry said in a statement. Advocates had previously described 2018 as a “black” year, with an unequalled level of physical violence against LGBT people.

“These figures testify to the deep anchoring of homophobia and transphobia in society,” the ministry said on Saturday, adding that they form part of a broader increase in “hate acts and identity extremism”.

Insults constitute 33% of the offences, while violence (physical and sexual) make up 28% of the complaints.

The victims are mainly men – 75% – with 62% of offences perpetrated against those under 35 years of age.

LGBT associations claim that the figures do not tell the whole story, as many victims do not report crimes to the police. The SOS Homophobia association is due to publish its own figures on Monday.

The report shows that incidents of homophobia are spread across the country, with 36% of the complaints coming in the big cities.

“This shows us that there is homophobia throughout the territory, including in rural areas,” Frederic Potier, the interministerial delegate for the fight against racism, anti-Semitism and anti-LGBT hatred told AFP.

French sport has come under the microscope after several top football matches were interrupted because of homophobic chants from the stands or the display of abusive banners.

The Interior Ministry, which called on Saturday for “increased vigilance by the public authorities” and more effort from society as a whole, recorded around 30 complaints concerning insults or threats made on the internet.

French lawmakers on Wednesday approved a controversial bill to ban hate speech on social media, a measure dismissed as censorship by detractors.

The law obliges platforms and search engines to remove offensive content – incitement to hate or violence and racist or religious bigotry – within 24 hours or risk a fine of up to €1.25m.