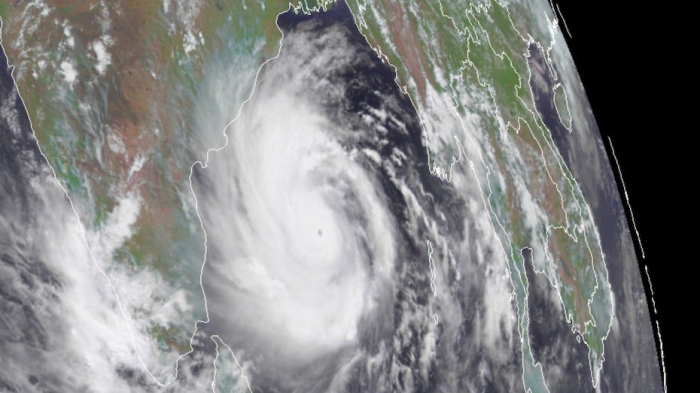 Super cyclone Amphan, which originated in the Bay of Bengal has badly ravaged the Indian state of West Bengal, leaving 80 people dead.

As the Indian state of West Bengal struggles to limp back to normalcy following the devastating aftermath of the super cyclone Amphan, a viral video of two people rescuing a stray dog in a flooded area in the state's capital Kolkata has emerged on Twitter.

​In the video, two young men can be seen carefully taking the visibly scared dog trapped on a cornice of a house to safety. One of the guys is seen wading in the inundated street with the animal in his arms.

Twitter users took no time to thank the men for the act.

​The cyclone hit West Bengal with a speed of 150 km/hour – 165 km/hour on 20 May, leaving 80 people dead, houses destroyed, and trees uprooted. The Indian state of Odisha has also been affected.