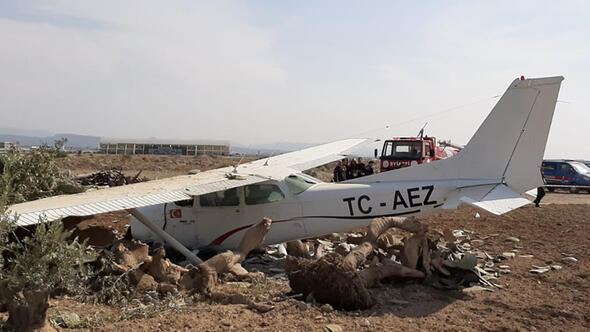 A small airplane crashed into the Tiber River in Rome shortly after takeoff on Monday.

Hours after the crash landing, police were still searching for one of the two passengers who was officially listed as "missing," though a police officer told Xinhua the passenger was "feared dead."

According to the police, the small aircraft carried a flight instructor and a flight student from the small Roma Urbe Airport in the northern part of the Italian capital. The instructor was able to disengage from the aircraft and was easily rescued and taken to the hospital with minor injuries. But the student was unable to escape.

Police said the plane left the airport at around 3:30 p.m. local time Monday. Police did not say which of the two passengers was piloting the plane or why it went off course and into the river.

The identities of the two passengers have not been released.

As of 7 p.m. local time, a police officer said a team of police and firefighters continued to search for the missing student.

The Roma Urbe Airport is the smallest of Rome's three airports and the only one within the city limits. It is dedicated to small civilian aircraft.