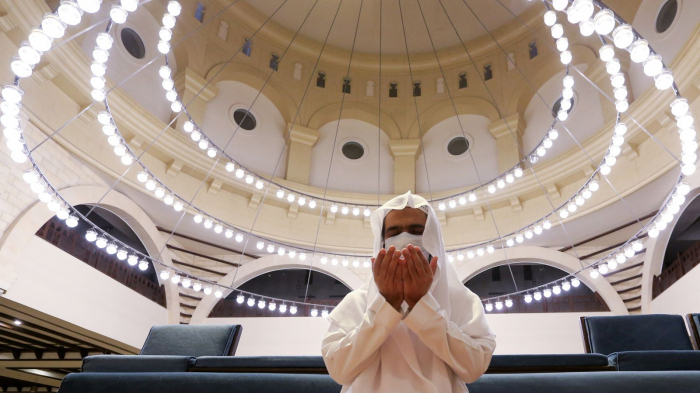 Tens of thousands of mosques are reopening in the Middle East after the coronavirus outbreak.

Around 90,000 mosques in Saudi Arabia have been reopened, with government officials arranging for prayer rugs, washrooms and shelves being sanitised before use.

But the Grand Mosque in Mecca, which houses the cube-shaped Kaaba that Muslims around the world pray towards, will remain closed to the public for the foreseeable future.

The mosque in Medina, where the Prophet Muhammad is buried, will be partially opened to the public to pray outside.

The continued closure of Mecca points to the increasing likelihood that the kingdom may suspend this year's annual Muslim hajj pilgrimage, which falls in late July.

A senior Saudi official has already told prospective pilgrims not to plan for the hajj this year amid the global pandemic.

The Ministry of Islamic Affairs said millions of text messages were sent to people in multiple languages to inform them about the new rules for public prayer, which include keeping two metres apart, wearing face masks at all times and abstaining from greeting one another with handshakes or hugs.