The Sun just spat out its biggest flare since 2017 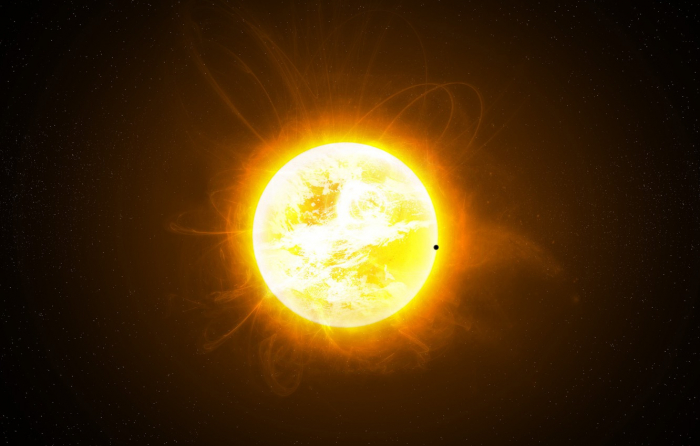 The Sun has been pretty quiet lately. Over the last few years, its flare activity has been relatively weak and infrequent… but it may be about to kick up again. On May 29, it was filmed spitting out its biggest flare since October 2017, the ScienceAlert reports.

This could be a sign that the Sun has already entered its new solar cycle and will be ramping up to a higher level of activity in a few years, as scientists have been anticipating.

The Sun seems pretty consistent to us here on Earth on a day-to-day basis, but over the years, astronomers have ascertained that it actually goes through 11-year activity cycles, with a clearly defined minimum and maximum.

The solar minimum - characterised by a minimal level of sunspot and flare activity - marks the end of one cycle and the beginning of a new one. We can broadly predict when this is going to happen, but it's actually really hard to pin it down to smaller than a period of a few months.

The solar cycle is based on the Sun's magnetic field, which flips around every 11 years, with its north and south magnetic poles switching places.

It's not known what drives these cycles, but the poles switch when the Sun's magnetic field is at its weakest, also known as solar minimum.

Currently, we're expecting to tip over from Cycle 24 to Cycle 25, but we don't know whether solar minimum has happened or is just about to.

If the Sun starts getting a bit more rowdy, that could be evidence for the "has happened" scenario. We likely won't know for a little while yet, but the new flare is a step in that direction.

The flare in question took place on May 29, at 07:24 UTC (03:24 EST) - plasma looping out from a family of sunspots. Those sunspots are just out of view beyond the edge of the Sun, but we can see the fiery loops as they leap out along solar magnetic field lines.

They constitute an M-class flare, the second strongest flare classification. They're actually fairly mild, as far as solar flares go; although when they're aimed at Earth, they can cause radio blackouts in the polar regions, and radiation storms in near-Earth space that pose a hazard to astronauts. They can also generate the beautiful auroral light-shows at high latitudes.

This flare wasn't pointed at Earth, though; and, as NASA notes, it was a pretty small M-class flare, clocking in at just M1.1 on the 10-point scale, so we have nothing to worry about (or, in the case of aurorae, look forward to) in that regard.

Since no M-class flares had been detected for 925 days prior to this one, though, scientists are going to be paying very careful attention.

One flare may mean nothing - the Sun could quieten down again and not flare again for a while. But if more flares show up, we could have confirmation that the Sun's poles have performed their regular switcheroo.

It will take a few months yet to make that call, though.

"It takes at least six months of solar observations and sunspot-counting after a minimum to know when it's occurred," NASA's Karen Fox and Lina Tran wrote in an update.

"Because that minimum is defined by the lowest number of sunspots in a cycle, scientists need to see the numbers consistently rising before they can determine when exactly they were at the bottom. That means solar minimum is an instance only recognisable in hindsight: It could take six to 12 months after the fact to confirm when minimum has actually passed."