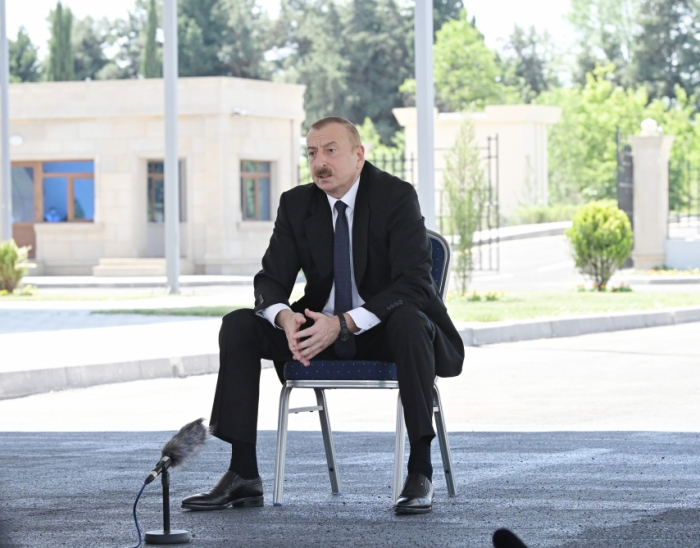 I can assure that Azerbaijan has never been such a strong, independent and free country in history, in comparison with today, said the President of Azerbaijan, Ilham Aliyev at the inauguration of Tartar Olympic Sports Complex.

"I sincerely congratulate you on the opening of an Olympic Sports Complex. There are all conditions for the people who are interested in doing sports.

The establishment of modern sports facilities in every region and in every district is on a wider scale. Azerbaijan ranks highest in the world in this parameter. The number of sports complexes built in the regions has reached 46. Currently, the construction of Olympics Sports Complexes is underway in 5 regions.

The sports infrastructure of our country allows to hold any international sports event. Baku has already hosted international sports events such as the European Youth Summer Olympic Festival,  1st European games and the Games of Islamic Solidarity. Approximately 10,000 athletes from more than 100 countries participated in these events. They all left Azerbaijan with the best memories. Now that have enough information about the history and the development of our country and Azerbaijani people's hospitality and modern life. In spite of all the external influences, every single person coming from other countries, who are unbiased, can see the development and stability in our country. Modern and independent Azerbaijan is at its highest peak. If we compare today's Azerbaijan with the one in the past, it has never been such a powerful, independent and free country", added Ilham Aliyev.