Thanks to a virus lockdown, elephants are roaming freely in a Thai national park 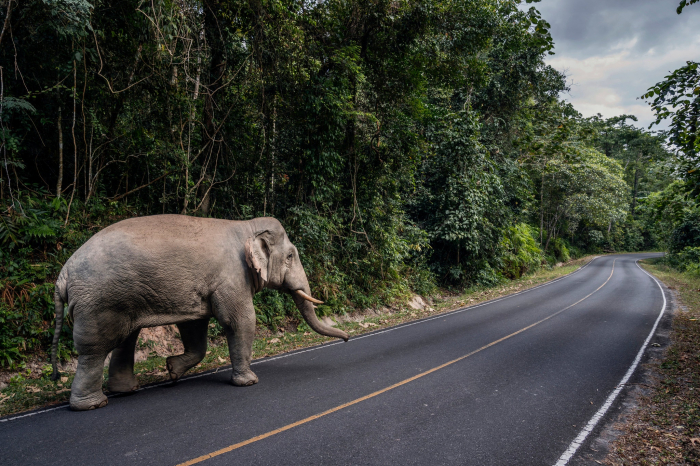 Pandemic lockdowns have given nature a breather around the world, bringing animals to unexpected places. Cougars toured the deserted streets of Santiago, the Chilean capital. Wild boars have strolled through the lanes of Haifa, Israel. Fish catches off Vietnam are teeming again.

In Thailand, Khao Yai National Park, the country’s oldest, has been closed to human visitors for the first time since it opened in 1962. The upshot? Its 300 or so elephants have been able to roam freely, venturing onto paths once packed with humans.

With few cars around, the elephants, the park’s dominant species, stroll along roads, chomping on foliage without needing to retreat to dangerous corners of the forest where cliffs meet waterfalls. Rarely spotted animals, like the Asian black bear or the gaur, the world’s largest bovine, have emerged, too.

“The park has been able to restore itself,” said Chananya Kanchanasaka, a national park department veterinarian. “We are excited to see the animals are coming out.”

The reprieve is notable in part because Thailand is a country where the bond with nature has long been framed as one of domination — as the jungle consuming people or vice versa.

Beyond the pillaging of its own rainforests, Thailand is a key way station on global wildlife trafficking routes, with horns, tusks and scales from as far away as Africa making their way to China.