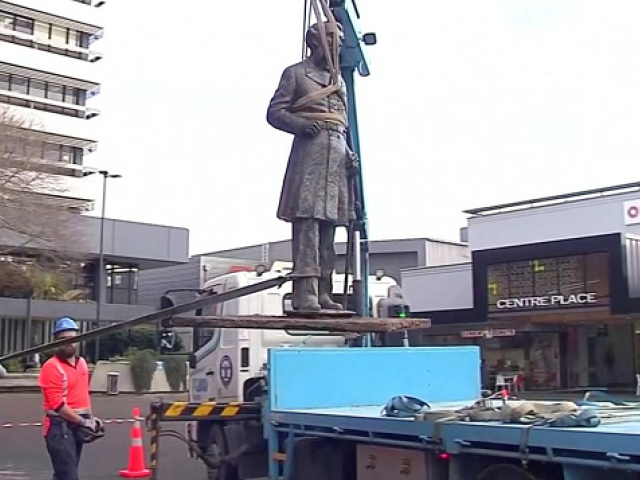 A New Zealand city on Friday took down a statue of a British navy commander accused of killing indigenous Maori people in the 19th century, as global debate swirls over monuments that represent racial oppression.

Statues glorifying colonialists and slave traders have come into focus as part of a broader movement inspired by the Black Lives Matter protests that started in the United States following the death of George Floyd.

Floyd, 46, died on May 25 after a police officer knelt on his neck for almost nine minutes, sparking anti-racism protests around the world.

Protests in Australia and New Zealand have focused on atrocities committed against indigenous people by European colonisers, with thousands of anti-racism protesters marching over the past week.

The statue of British commander John Hamilton in the New Zealand city of Hamilton, named after him, was taken down a day after a Maori leader threatened to tear it down himself.

“We can’t ignore what is happening all over the world and nor should we. At a time when we are trying to build tolerance and understanding between cultures and in the community, I don’t think the statue helps us to bridge those gaps,” Southgate said.

Hamilton led a regiment at the Battle of Gate Pā between the colonial government and Maori tribes in the 1860s, where he was killed.

There had been repeated calls by the Maori community to remove the statue. It was vandalised in 2018.

However, not everyone agreed with the idea of taking down statues. Deputy Prime Minister Winston Peters called it a “wave of idiocy”.

“A country learns from its mistakes and triumphs and its people should have the knowledge and maturity to distinguish between the two,” he said.