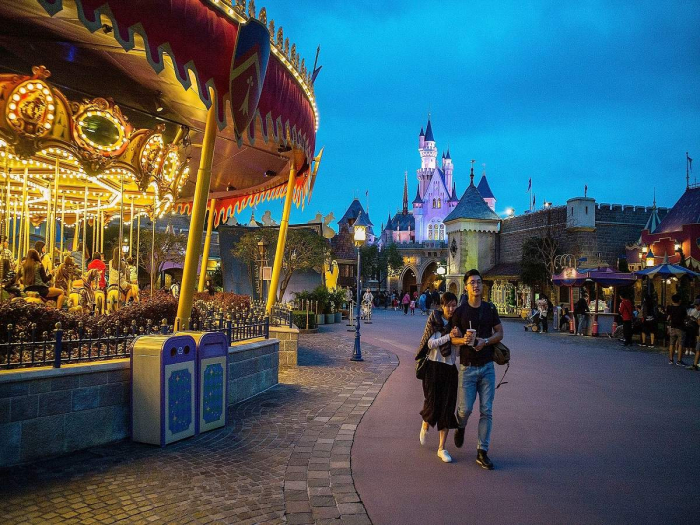 Hong Kong's Disneyland will reopen its doors on Thursday following nearly five months of closure, the park said Monday, in a fresh boost for a city that has largely managed to defeat the coronavirus, AzVision.az reports citing AFP.

Visitors will need to sign health declarations, submit to regular temperature checks and wear masks at all times unless eating, the park said in a statement on Monday.

It is just the second Disneyland around the world to resume services during the pandemic after Shanghai turned its lights and rides back on last month.

Tokyo and Paris remain closed while the company's flagship park in California is eyeing a July reopening.

Hong Kong was one of the first places to record coronavirus infections after the disease first emerged in central China, morphing into a global pandemic and enveloping much of the world in a recession.

But the finance hub has since managed to largely halt local transmission with just over 1,100 infections and four deaths.

All overseas passengers are screened at the airport and quarantined by authorities if found to be infected -- on top of a mandatory 14-day home quarantine for arrivals.

Across the globe, tourism operators are desperate to restart business, trialling different forms of social distancing as lockdowns ease.

Last month, a group of Japanese amusement parks announced guidelines on how to operate safely under the threat of the virus, including asking guests to "refrain from vocalising loudly" on rollercoasters and other rides.

Park staff, including those dressed up as stuffed animal mascots and superheroes, were also advised to not shake hands or high-five with young fans.

Hong Kong authorities currently ban gatherings of more than eight people because of the virus. That ban is up for renewal on Thursday, the day Disneyland reopens.

David Hui, a leading infectious disease expert in the city, told RTHK radio on Monday that the anti-virus ban could be further relaxed as most activities in the city have resumed.

Authorities have also used the public gathering ban as a way to refuse permission for pro-democracy protests which have bubbled up again in recent weeks and been quickly dispersed by riot police citing the emergency measures.

Last year, the city was rocked by seven straight months of huge and often violent pro-democracy demonstrations and Beijing has since vowed to impose a new sweeping national security law on the business hub.