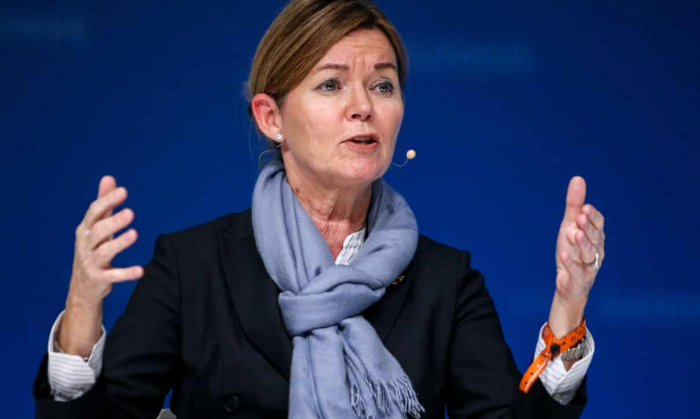 The coronavirus pandemic is “just a fire drill” for what is likely to follow from the climate crisis, and the protests over racial injustice around the world show the need to tie together social equality, environmental sustainability and health, the UN’s sustainable business chief has said.

“The overall problem is that we are not sustainable in the ways we are living and producing on the planet today,” said Lise Kingo, the executive director of the UN Global Compact, under which businesses sign up to principles of environmental protection and social justice. “The only way forward is to create a world that leaves no one behind.”

She said there were “very, very clear connections” between the Covid-19 and climate crises, and the Black Lives Matter protests around the world, which she said had helped to reveal deep-seated inequalities and “endemic and structural racism”.

“We have seen illustrated to everyone that social inequality issues are part of the sustainable development agenda,” Kingo said.

Human rights were “inseparable” from dealing with climate breakdown, she told the Guardian in an interview. “This horrible racism [seen in the killing of George Floyd] is about human rights. We have to make sure that we give the social part of the agenda equal focus.”

She called on business leaders to take heed. “We want all chief executives to become social activists – to understand social equality,” she said. Not only was this the right thing to do, but “it creates stable markets for companies around the world” and reflects the desires of young people.

“Young people are so engaged, so dedicated to this agenda, they don’t want to work for companies that do not have a solid responsibility strategy,” she said.

The UN secretary general, António Guterres, said building a fairer society would be essential to the world’s health, as well as to saving the planet from climate breakdown and ecological destruction.

“Today, the fabric of society and the wellbeing of people hinge on our ability to build a fair globalisation,” he told the two-day UN Global Compact virtual conference of business leaders, which started on Monday.

“Where once ‘do no harm’ was a common approach for the business community, today we are arriving at a new landscape of elevated expectations and responsibilities. But despite progress, serious threats would undermine our future, including climate change, poverty, loss of biodiversity and widening social inequalities. The pandemic has underscored the world’s fragilities, which extend far beyond the realm of global health.”

Mark Carney, the former governor of the Bank of England, told the conference that the Covid-19 crisis had shown how urgent it was to tackle global heating. “This is a crisis that will involve the whole world and from which no one can self-isolate,” he said.

He called for all companies to provide clear information to customers, the public and investors about how they plan to move to net zero greenhouse gas emissions by 2050.

More than 10,000 companies are signed up to the UN Global Compact, and they are being urged to strengthen their commitments to cutting greenhouse gas emissions. Many have pledged to cut carbon in line with the Paris agreement goal of holding global temperature rises to no more than 2C.

But scientific studies show that this may not be enough to stave off disaster, and that the consequences of even 1.5C of global heating will be severe. Kingo wants companies to revise their business plans in order to reduce carbon in line with a 1.5C goal. “We need to see leadership to drive this,” she said.

A report by the UN for the 20th anniversary of the Global Compact found that only four in 10 companies had targets that would enable them to meet the UN’s sustainable development goals by the 2030 deadline, and fewer than a third thought their industry was moving fast enough.

While 84% of companies participating in the UN Global Compact were taking action on the goals, fewer than half were “embedding” those targets into their core business activities, and only 37% were designing their business models to meet the goals.

“The human community is completely interconnected and interdependent,” Kingo said. “Without solidarity, especially with those most vulnerable among us, we all lose. We are paying the price for turning a blind eye to obvious injustices in the world.”