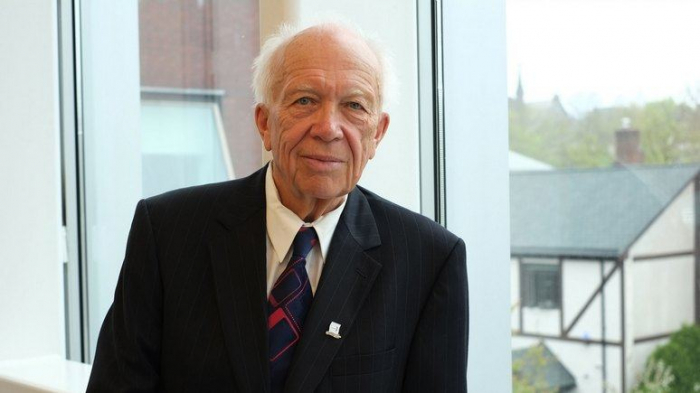 Sergei Krushchev, a son of former Soviet leader Nikita Khrushchev, passed away on Thursday in the United States at the age of 84, Nina Khrushcheva, a granddaughter of the ex-Soviet leader told TASS.

"We deeply regret to say that Sergei Nikitich [Krushchev] has passed away," she said without giving details about the cause of his death and a possible date of his funeral.

Sergei Khrushchev was born on July 2, 1935 and he held several advanced engineering decrees, including a Ph.D. from the Moscow Technical University. He was accompanying his father during Nikita Krushchev’s visit to the United States in 1959.


In 1991, Sergei Khrushchev moved to reside in the United States, where he was giving lectures on the history of the Cold War at Brown University in Providence, Rhode Island.

On July 12, 1999, Sergei Khrushchev and his spouse, Valentina, became naturalized citizens of the United States.