Britain didn’t want Silicon Valley’s help on a tracing app, but now it does 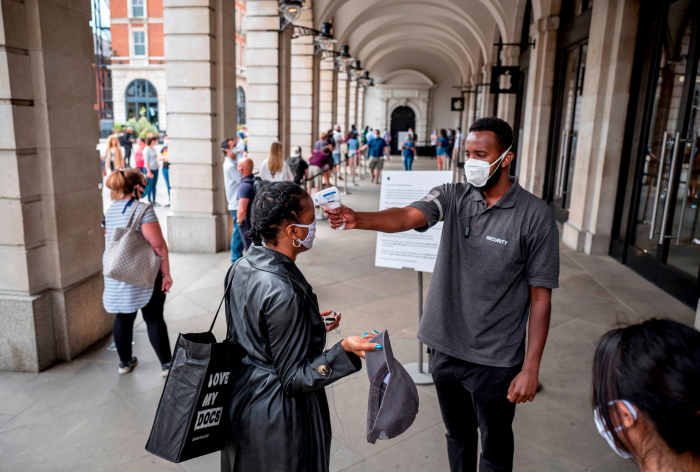 For months, British authorities went their own way, pursuing an app they promised would help ease the country out of lockdown, even as criticism grew that it posed privacy risks and would not work well.

On Thursday, they abruptly reversed course.

Now, Britain plans to join other countries and design a new contact-tracing app based on software provided by Apple and Google.

It was an embarrassing turnaround, and just one of a string of pandemic missteps by the government. At one point, the government said the contact-tracing technology would be available to the public in May. Now the aim is to have it ready by winter.

British officials had counted on the app, which is intended to alert anyone who may have come near an infected person, such as on a bus or subway, to help prevent a new wave of infections.

Leaders stuck to a plan of building an app in-house even as other countries changed course. Germany and Italy, which both agreed to use Apple and Google’s technology more than a month ago, debuted contact-tracing apps this week.

British public health officials wanted to avoid using the software provided by Apple and Google because it limits the amount of data that can be centrally collected and analyzed — information they felt was critical in tracking the disease. But the British team struggled to build an app that worked properly without support from the Silicon Valley giants.

Apple and Google, whose operating systems run on nearly every smartphone on the planet, prevented outside apps that did not use their code from taking full advantage of a device’s ability to measure proximity. The companies took this approach in the interests of privacy.

The switch comes as big tech zeroes in on the virus-testing market. As businesses across the United States grapple with how to safely reopen during the pandemic, numerous tech giants and start-ups are pushing out a glut of new virus risk-reduction products.