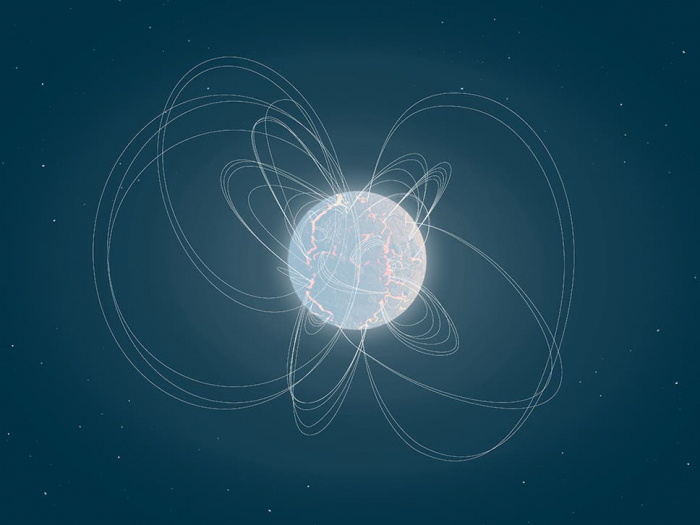 Astronomers at Nasa and the European Space Agency have just discovered the youngest ever neutron star of its kind.

Neutron stars are dense clusters of material that are remnants of a star going supernova and exploding.

The latest star is a specific kind of object known as a magnetar, and it is the youngest of them ever to be seen.

The material in a neutron star is so dense, that Nasa says a teaspoon of the material would weigh four billion tons under the Earth’s gravity.

It was spotted on 12 March, after releasing a massive burst of x-rays. Studies conducted by the European Space Agency's XMM-Newton observatory and Nasa's NuSTAR telescope were then able to confirm its age.

Its x-ray emission became at least 10 times brighter than normal, but these instances happen very rapidly so scientists have to be swift to observe the activity.

There can be a sudden increase in brightness over a few days, that’s followed by a gradual decline over months and years.

“This object is showing us an earlier time in a magnetar's life than we've ever seen before, very shortly after its formation,” said Nanda Rea, a researcher at the Institute of Space Sciences in Barcelona.

This particular star is located in the constellation Sagittarius and is relatively close to Earth - only about 16,000 light-years away.

Using that measurement, scientists were able to calculate when the light we were seeing started to be emitted.

Many scientific models suggest that the physical properties stars like these change as they age, being the most active when they are younger.

Newly-created samples are rare, however, so it’s likely data gathered from Swift J1818.0-1607 will be used to help refine these models.

Neutron starts which emit these radio waves are called radio pulsars, and Swift J1818.0-1607 is one of only five known magnetars that are also radio pulsars.

“What's amazing about [magnetars] is they're quite diverse as a population,” Victoria Kaspi, director of the McGill Space Institute at McGill University in Montreal said.

“Each time you find one it's telling you a different story. They're very strange and very rare, and I don't think we've seen the full range of possibilities.”