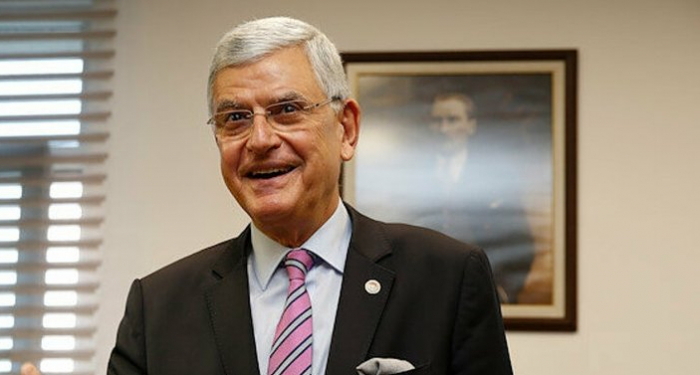 Volkan Bozkir, who was elected as the President of the 75th UN General Assembly expressed his gratitude to the President of Azerbaijan Ilham Aliyev in his twitter post, AzVision.az reports.

"I am honored and proud to receive congratulations from Azerbaijani President Ilham Aliyev on my election as a president of the 75th session of the United Nations General Assembly. I express my sincere gratitude and respect to the President, "he said on his Twitter account.

Note, Bozkir is the first Turkish national to head the General Assembly. He will take office in September and hold the post for one year. In the 2000s, he was Turkey’s ambassador to the EU and worked as a deputy secretary-general and secretary-general for EU affairs in the Foreign Affairs Ministry.