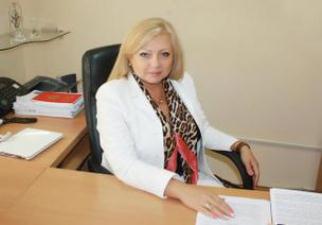 Ombudsman of the Republic of Moldova Aurelia Grigoriu has been awarded Heydar Aliyev medal for her great merits in promoting human rights and realities of Azerbaijan in the world, as well as in developing relations between Azerbaijan and the Turkic states in particular.

Grigoriu was nominated for this high award of the Foundation for Support to Policy of Turkic States at the request of Azerbaijani NGOs in Central Asia, 1news.az reports.

According to the Heydar Aliyev Foundation, the awarding ceremony will take place in Baku. Government and public organizations will attend.

Foundation for Support to Policy of Turkic States presents Heydar Aliyev gold medal to prominent figures since 2007 for great merits in strengthening friendship and cooperation between Turkic and other nations, for significant contribution to economic, socio-political and cultural development of Turkic-speaking states.