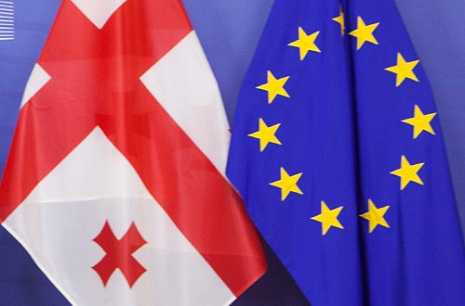 The Delegation of the European Union to Georgia has issued a statement in agreement with the EU Heads of mission in which it 'condemns the attacks of certain political actors and media outlets' against the Ambassador of Germany Hubert Knirsch.

We condemn the attacks of certain political actors and media outlets against our colleague, Hubert Knirsch, the Ambassador of Germany. All actors supporting the democratic and European path of Georgia should refrain from accusations of a disrespectful nature and uphold the human dignity of everybody who is active in public life", reads the statement.
Opposition parties issued critical statements against Knirsch after he said that the co-founder of the opposition-minded TV channel Mtavari Arkhi Giorgi Rurua was not mentioned in the March 8 agreement.

Opposition leader Shalva Natelashvili accused the ambassador of ‘being bribed by the ruling party head Bidzina Ivanishvili,’ while the United National Movement MP Salome Samadashvili said that the ambassador ‘has made several diplomatic mistakes.’