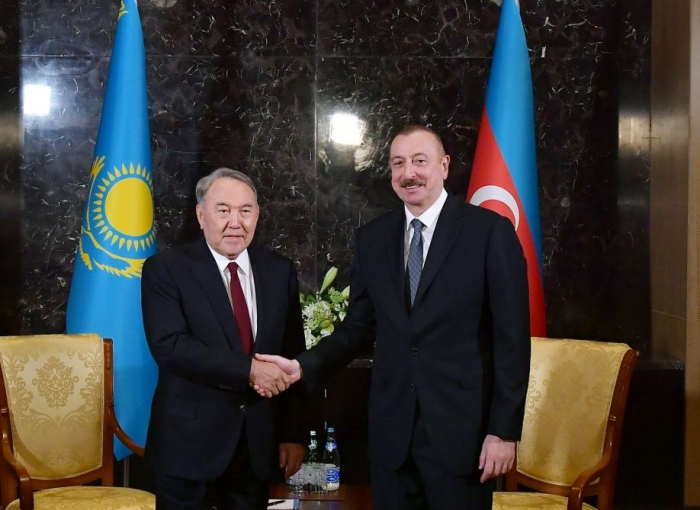 President of the Republic of Azerbaijan Ilham Aliyev has congratulated the first President of Kazakhstan Nursultan Nazarbayev on the occasion of his birthday, AzVision.az reports citing the presidential press service.

The Azerbaijani president congratulated Nazarbayev on his jubilee and wished him the best of health and new success in his activities for the development of Kazakhstan.

President Aliyev noted the exceptional role of Nazarbayev in the establishment of the independent Republic of Kazakhstan, emphasizing that thanks to his tireless efforts, Kazakhstan has passed a great path of development, and that great strides have been made in ensuring the welfare of the people and strengthening public and political stability.

The Azerbaijani president said that the friendly relations between national leader of the Azerbaijani people Heydar Aliyev and Nursultan Nazarbayev played a significant role in building bilateral ties between the two countries.

Nazarbayev thanked the Azerbaijani president for the attention, congratulations and warm words.

During the conversation, the sides expressed confidence that friendly Azerbaijan-Kazakhstan relations would continue to develop successfully in all areas.