The people who imagine disasters 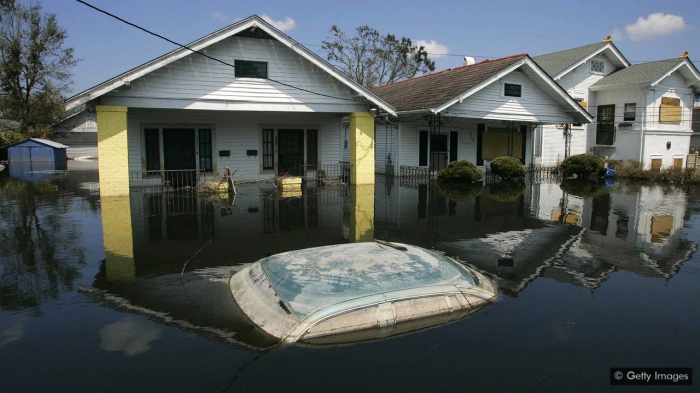 Entire teams of people spend their days imagining what might happen in a crisis to ensure we can be better prepared for when the worst really does happen, AzVision.az reports citing BBC.

It was a gigantic explosion. The blast tore through buildings and machinery, lighting up a huge refinery complex in Denver, Colorado. Gasoline production at the facility shut down for weeks as a result, leading to fuel reserves in Colorado quickly being used up.

Pipelines from Wyoming, Texas and Kansas brought additional fuel to Colorado to make up for the fall in supply, but it meant fuel destined for other nearby states was curtailed. As it all unfolded, fuel prices across the region swelled.

The aftermath of the explosion was a troubling example of how a single event can ricochet through systems, supply chains and a country.

Except, none of this ever happened. It’s just a scenario played out in a series of calculations – a simulation – published in 2015 by Sandia National Laboratories in the US. The team that modelled the fuel pipeline flows in this make-believe disaster considered a number of other “disruptions” in their report, including an oil spill in Boston harbour, earthquakes in California and a Category 5 hurricane slamming into the Gulf Coast.

“Before something bad happens, we provide a better understanding of how to prevent those things or how to mitigate them when they do occur,” explains Kevin Stamber, who heads the critical infrastructure analysis team at Sandia. He’s spent 20 years working on a stark problem: what can we expect if the worst should happen?

Modelling systems in order to fathom how they might react to changed circumstances is not new. But businesses and large organisations are increasingly using computer models to inform their contingency planning and decision-making. It helps them to strategise and come up with the best plan for what to do when the worst does happen.

Entire groups of researchers, teams of engineers and whole companies are now dedicated to simulating a whole range of unpleasant, and in some cases almost unimaginable, crises to help us all be better prepared.

This is the story of how and why they do it.

Stamber’s work doesn’t only relate to hypothetical scenarios. About six years ago, he got a call from the US Department of Energy after a refinery in California was disrupted, causing a fall in production. The department was concerned that in the event of a coincidental disruption at another refinery in the state, fuel supplies could be seriously affected, so it asked Stamber to forecast the impact of such a scenario.

“In that case they were looking in particular at security surrounding facilities – whether or not they needed additional security in place,” he says. What if someone decided to attack one of California’s other refineries at that particular moment?

Stamber’s model showed that a security incident at one of those other refineries would indeed cause havoc. Fuel prices would likely go up – there was even potential for gas stations to run out of fuel entirely. In response to this forecast, the Department of Energy duly stepped up security – just in case.

But how do you go about building a model that can make these sorts of predictions? In simple terms, a model is really just a series of calculations that represent – in an abstract way – some entity or system in the real world. We use models all the time without realising it. Try working out how you might get to the supermarket and still pick up the children from school at 3.45pm – you’d probably think about the routes you could take and choose the best one for that time of day. Or, most of us would probably ask an app on our smartphone to do this for us.

Be it fuel pipelines, the electricity grid, traffic on roads or even the weather, models make use of past data to make predictions about what can be expected in the future in a given set of circumstances. As the volume of data and number of variables increase, so does the computational task involved. Some of the most powerful models, which aim to forecast events that are inherently unpredictable, make use of machine learning to look for patterns in the data that would otherwise be missed. As new information and variables come in, these AI algorithms then adapt and update accordingly.

Sandia drew on historical data to inform their hypothetical scenario of a refinery explosion in Denver. Specifically, they used the example of the 2005 refinery explosion in Texas. Their similar, hypothetical, incident in Denver was then simulated using the National Transportation Fuel Model – a complex representation of US pipelines and refineries. Turn off a refinery, see how flow is affected. Increase supply in a pipeline. What does that mean for production in the next state? As these variables are tweaked, the model adapts and gives a prediction about what might happen.

But just how accurate can a model be?

Some efforts come close, however. Models looking at the weather, for example, can achieve more than 90% accuracy when making predictions about wind speeds or temperatures a couple of days ahead. But predictions get harder when it comes to extreme events.

“Crisis is about change, often dramatic change, and the challenge you have there from a modelling perspective is your historical data may not necessarily be a good guide to the future,” Skates explains.

One agency that has been using modelling to try and get some sense of what will happen in extraordinary scenarios is the Federal Emergency Management Agency (Fema). It’s well known for using modelling whenever hurricanes are on approach to the US.

“The more time we save, the more lives we save. That’s basically the gist of it,” says deputy assistant administrator for response, Joshua Dozor.

Besides partnering with the National Oceanic and Atmospheric Administration to forecast the probable path of the hurricane itself, Fema has to think about how infrastructure and flood defences will cope. When Hurricane Katrina hit Florida and Louisiana in 2005, tidal walls and levees failed. That led to a devastating flood.

Since then, Fema’s modelling has since taken into account the availability of defences in locations like this, says Dozor: “We know where evacuation zones should be placed based upon the size and strength of the water pumps.” (Read more about how we better plan for hurricanes and other natural disasters.)

There’s also the question of how people will respond.

Transportation modelling can suggest how quickly communities in the path of a storm will vacate an area once given the order to leave.

“We do analysis of behaviour – are they likely or less likely to heed the warnings of emergency managers?” explains Dozor. People who have experienced hurricanes within the past five years tend to be the ones who evacuate most effectively when ordered to do so, he says.

This information can further inform decision-making about who should be evacuated first and when the order is to be given. Factors that can influence who is asked to leave first include which districts have the better flood defences such as water pumps are also which are likely to get imminent rainfall, according to forecasts.

Behavioural analysis is important when planning for a crisis. One of the most complex entities on the planet is the human being. That said, general rules about how people typically behave in crisis situations can be applied.

There is a persistent stereotype that people are prone to panic as a crisis looms and that they might deviate from social norms during a disaster, says Michelle Meyer, director of the Hazard Reduction and Recovery Center at Texas A&M University. Consider the fears over riots and looting if social order broke down due to the spread of the coronavirus, for example. But this perception is often misleading.

“One of the main findings that we have is that people don’t panic,” she says. “I know looting is often talked about but it is relatively rare and only in specific situations.”

Knowing how people actually respond in different situations is important if you are hoping to keep them safe during a crisis. A particular type of simulation – known as agent-based modelling – tries to understand how individuals in a crowd will behave.

One firm that uses this approach is Movement Strategies in the UK. It has consulted on the design of large venues and stadiums, helping architects and staff come up with floorplans and procedures allowing thousands of people to evacuate the building as quickly as possible, for example.

One key discovery the company has made is how crowds of people can behave very differently depending on who they are and what kind of event has brought them to the venue.

Aoife Hunt, associate director at the firm, recalls working with one Premier League football club that was developing a new security screening process, such as bag searches upon entering the ground. The trouble was, this club’s home fans were notorious for arriving at the stadium just five minutes before the match.

And crowds of football supporters can feature a mix of behaviours.

People’s behaviour in a model can be adjusted depending on what you know about that particular category of person.

Understanding these interpersonal behaviours can also help modellers to predict how long a stadium or concert venue might take to empty at the end of an event, allowing public transport operators to work out how many services they might need at the end of a night.

Human behaviour can also influence the design of new venues. Depending on what sort of crowds are expected, architects may adjust the number of exits or the staircase designs, for instance, to make sure there is steady flow out of the venue during an evacuation. With too few exits, people won’t be able to get out safely, and with too many, you get something known as “free flow” and an uncontrolled dispersal of people that can lead to a stampede. Getting the balance right is how modelling can help.

From stadium evacuations to hurricanes, all of the situations described above have happened before. The trick is in learning from those historical disasters and using that knowledge to refine the models.  Even though no two disasters are ever the same, they can help us prepare for the future.

It’s not an exact science – but it is a potentially life-saving one.