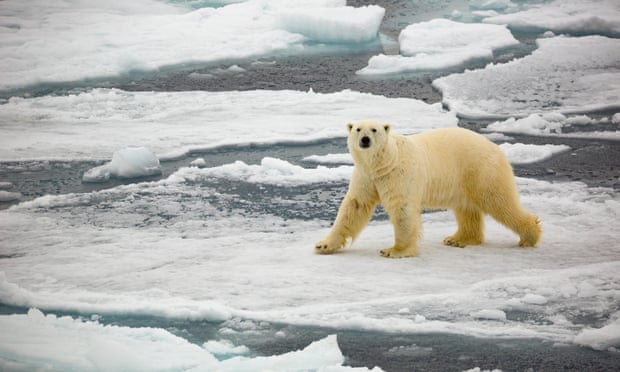 There is a one-in-five chance annual global temperatures will be at least 1.5C warmer than in pre-industrial times in the next five years, experts have said, the Guardian reports.

Annual global temperatures are likely to be at least 1C above the levels they were before the industrial era in each year between 2020 and 2024, a long-range forecast by experts led by the UK Met Office shows.

And there is a 20% likelihood that annual temperatures will exceed 1.5C above pre-industrial levels in at least one year, with the chances increasing over time, according to the analysis published by the World Meteorological Organisation (WMO).

Under the global Paris agreement countries have committed to keep temperature rises “well below” 2C above pre-industrial levels and to pursue efforts to curb them to 1.5C to avoid the worst impacts of climate change.

While experts say a single year exceeding 1.5C does not mean the targets have been breached, it shows how close to that level the world already is.

The forecast marks a new international collaboration coordinated by the WMO and led by the Met Office, drawing on analyses from climate prediction centres in the UK and nine other countries including Australia, the US and China.

The climate forecast also predicts there will be enhanced warming of the Arctic, compared to other regions of the world, and there will be an increased risk of storminess across the Atlantic Ocean. It also says that this year, many parts of South America, southern Africa and Australia are likely to be dryer than the recent past.

The Earth’s average temperature is already more than 1C over the pre-industrial era, and the last five-year period has been the warmest five years on record.

WMO secretary-general Petteri Taalas said: “This study shows – with a high level of scientific skill – the enormous challenge ahead in meeting the Paris agreement on climate change target of keeping a global temperature rise this century well below 2C above pre-industrial levels and to pursue efforts to limit the temperature increase even further to 1.5C.”

The assessment takes into account natural variations as well as human influence on the climate to forecast temperature, rainfall and wind patterns over the next five years.

But it does not take into account changes to greenhouse gas emissions and aerosol pollution as a result of coronavirus lockdowns around the world.

Prof Taalas said the WMO had “repeatedly stressed” that the industrial and economic slowdown from Covid-19 was not a substitute for sustained and co-ordinated climate action.

He said: “Whilst Covid-19 has caused a severe international health and economic crisis, failure to tackle climate change may threaten human wellbeing, ecosystems and economies for centuries.

“Governments should use the opportunity to embrace climate action as part of recovery programmes and ensure that we grow back better.”

Climate spokesman for the Met Office Grahame Madge said temporarily exceeding 1.5C in one year did not mean the Paris targets were breached.

“But what it does show is how close 1.5C is to where we are at the moment,” he said.