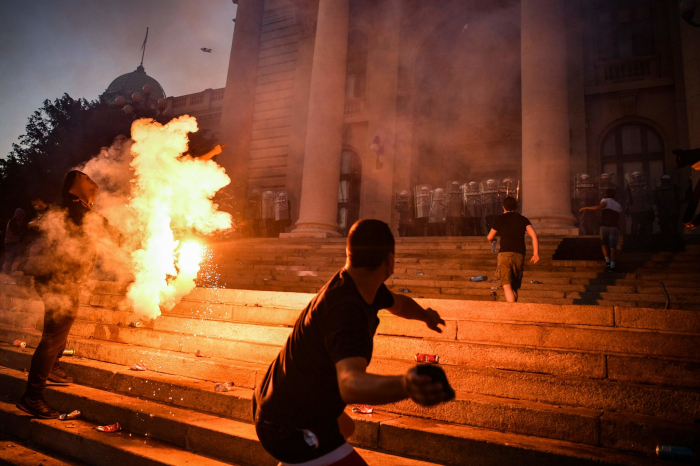 To counter a second coronavirus wave, President Aleksandar Vucic announced a new lockdown. Protesters reacted with fury at his inconsistency, amid wider anger over his strongman leadership.

Thousands of Serbs demonstrated for a second consecutive night on Wednesday in response to President Aleksandar Vucic’s management of the coronavirus crisis and wider concerns over the state of democracy in Serbia.

The protests were the first major pandemic-related unrest in Europe since the start of the crisis, and were met by a violent police response that some analysts said they had not witnessed in Serbia since the rule of Slobodan Milosevic, who governed Serbia during the 1990s.

Serbs first took to the streets on Tuesday, soon after Mr. Vucic announced that Belgrade would be placed under a new three-day lockdown following a second wave of confirmed coronavirus infections.

But the demonstrations quickly morphed into a wider expression of frustration at Mr. Vucic’s increasing control over policymaking and perceived mismanagement of Serbia’s pandemic response. The protests continued on Wednesday, even after Mr. Vucic suspended his decision to enforce a second shutdown.

Protesters said they were less angry about the re-implementation of the lockdown than the governmental missteps that had created the need for renewed restrictions in the first place. These included decisions to proceed with a general election last week and to restart large public sports events. 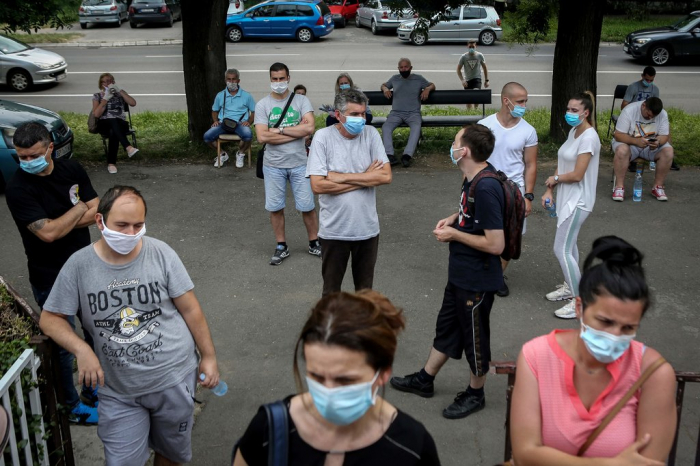 “We don’t mind staying home for another three days — that wasn’t the problem,” said Dragana Grncarski, 45, a fashion events manager who protested on both days.

“However, they’re playing with our minds and with the truth,” Ms. Grncarski added. “When it suits them to do elections, there is no corona. They organized football matches and tennis matches, and because of that we have a situation where the hospitals are full.”

After initially enforcing one of Europe’s strictest lockdowns in March, Mr. Vucic lifted social restrictions in early May, claiming his government had defeated the coronavirus.

But while other European countries eased their lockdowns gradually, Mr. Vucic opted for a faster process, soon allowing Serbs to gather by the tens of thousands without social distancing at sports matches and to crowd into reopened nightclubs.

“We went from one extreme to another,” said Jelena Vasiljevic, an expert on Balkan protest movements at the University of Belgrade.

Mr. Vucic initially refused to change course on the re-openings, even as the daily number of new cases rose from below 20 to above 300 and investigative news reports suggested that the toll could be even higher.

He pressed ahead with a controversial general election on June 21 that most opposition parties had long planned to boycott, saying they did not want to legitimize a process that they feel is gamed in Mr. Vucic’s favor. 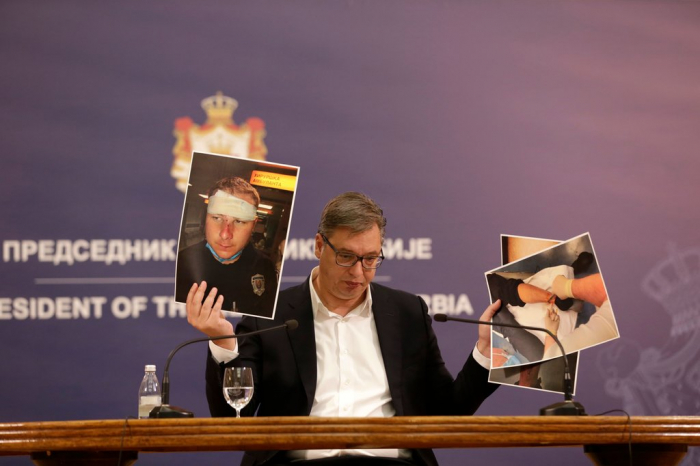 And to Mr. Vucic’s critics, his decision first to ease restrictions ahead of a vote that was certain to increase his power — and then reinstate them soon after — felt like he was playing politics with public health.

“Citizens have been constantly deceived and lied to for political ends,” said Tena Prelec, an expert on politics in southeast Europe at the University of Oxford.

Analysts said the spontaneous nature of the protests reflected the lack of institutional means to express dissent.

Under Mr. Vucic, the quality of Serbian democracy has fallen from “free” to only “partly free,” according to Freedom House, an independent Washington-based watchdog that makes an annual assessment of each country’s political freedoms.

“The media and state institutions are completely consumed by one party,” said Dr. Vasiljevic.

On Tuesday night, some protesters briefly entered the Parliament building before being forced out by police. 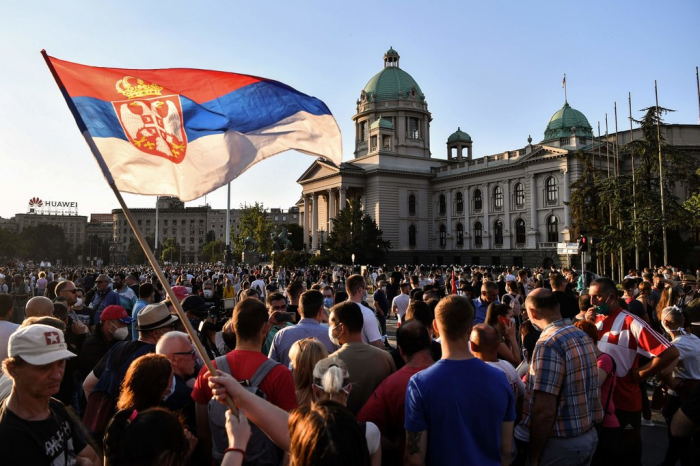 Law enforcement officials were later filmed beating unarmed protesters with batons, in scenes that some analysts said mirrored police behavior during the rule of Mr. Milosevic, who led Serbia through the Balkan Wars and was later tried for war crimes in The Hague.

Mr. Vucic said police were right to respond with force.

“There were indications of foreign involvement, and some criminal faces were there, too,” Mr. Vucic said, speaking on Wednesday afternoon, before the second night of protests.

“The aim was to damage Serbia’s international image,” he added.

The protests could soon fizzle because of their leaderless nature, the lack of a clear goal and the strength of Mr. Vucic’s grip on Serbia, Dr. Vasiljevic said.