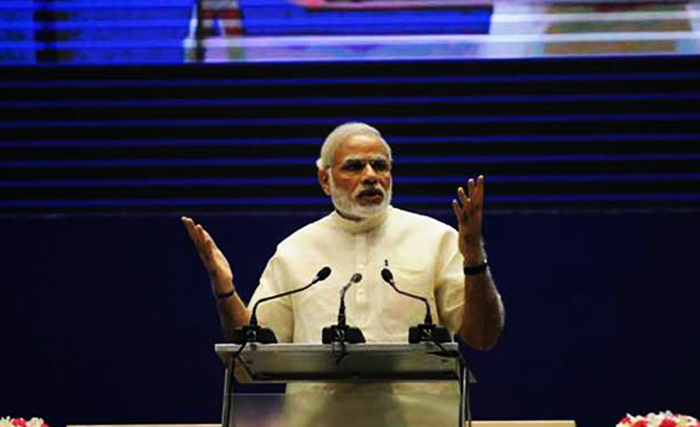 Referring to the current times of crisis, the Prime Minister said India would play a leading role in the global revival. He said that this is closely linked with two factors. First is – Indian talent and second is India’s ability to reform and rejuvenate. He elaborated that world over, the contribution of India’s talent-force is highly recognised, especially the contribution of the Indian tech industry and tech professionals.

He described India as a power-house of talent that is eager to contribute. He added that Indians are natural reformers and history has shown that India has overcome every challenge, be it social or economic.

He said that when India talks of revival it is: Revival with care, Revival with compassion, Revival which is sustainable – both for the environment and the economy.

The Prime Minister listed the gains made during the last six years such as: total financial inclusion, record housing and infra construction, Ease of Doing Business, bold tax reforms including the GST.

PM said that the green-shoots of economic recovery could already be seen as owing to the indomitable Indian spirit.

He said that technology today helps the Government every benefit to the beneficiaries directly, including, providing free cooking gas, cash in the bank accounts, free food grains to millions of people and many other things.

PM said India is one of the most open economies in the World and is inviting all the Multinational Companies to set up their business in India. The Prime Minister described India as a land of many possibilities and opportunities.

He described the various reforms initiated in the Agriculture Sector and said that it provides a very attractive investment opportunity for the global industry.

The Prime Minister said that the latest reforms are providing a boost to the MSME Sector and that they would be complimenting the big industry.

He said that there are investment opportunities in the defence sector and the space sector.

The Prime Minister said that the pandemic has once again shown that India’s Pharma industry is an asset not just for India but for the entire world. It has played a leading role in reducing the cost of medicines especially for developing countries.

He expressed happiness that the Forum was also marking the 100th birth anniversary of Pandit Ravi Shankar, who took the beauty of Indian classical music to the world. He also highlighted how Namaste has gone global as a form of greeting. He said that India is ready to do whatever it can to further global good and prosperity.