All attacks are committed by Armenia - President Aliyev 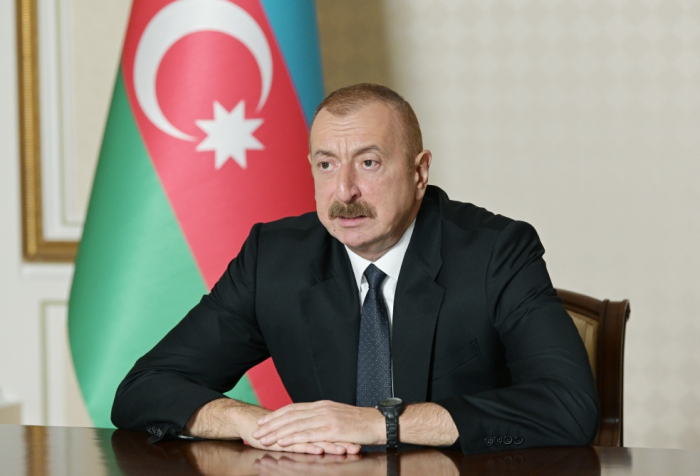 "The internal situation in Armenia has already reached a crisis point. Internal turmoil has expanded," President of Azerbaijan Ilham Aliyev made the remarks during a speech at a meeting of the Security Council.

"Azerbaijan's successful activities within international organizations, recent statements by all leading international organizations on the Nagorno-Karabakh conflict, decisions and support to Azerbaijan's territorial integrity have dealt a major blow to Armenia's positions on the conflict. Besides, the concrete facts and convincing arguments that we regularly state from the history of the conflict and the history of the region dispel Armenian propaganda," President Aliyev noted.

"On the other side, it is no secret that Armenia tries to creat such an impression that Azerbaijan attacks Armenian territory, giving the Armenian-Azerbaijani state border as an example. However, it is not true. All attacks are committed by Armenia and there is enough evidence in the form of documents, vide and photos. Azerbaijan adequately responds to all attacks.  If Azerbaijani positions and villages are fired from the Armenian side, we respond adequately and will do so. Therefore, using all opportunities and falsifying information Armenia does its best to draw attention to the state border. Yesterday's military provocation is another manifestation of Armenia's hideous policy," President Ilham Aliyev also noted.