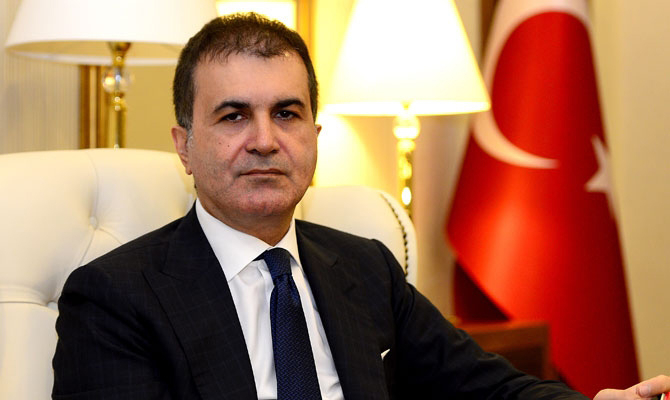 According to Celik, Turkey is in every way supporting Azerbaijan and will continue to do so.

A day earlier, the Turkish Foreign Ministry issued a statement saying that the repulsion of the Armenian attack by Azerbaijan is concrete evidence that the aggression of Armenia will not remain unanswered. The statement also said that the ministry strongly condemns the attack of the Armenian armed forces on Azerbaijan’s Tovuz district.

The Turkish Foreign Ministry stressed that the Armenian side should refuse from such dangerous tactics and stand on a reasonable, legal path.

"Turkey will always be together with Azerbaijan in protecting its territorial integrity, using all available means," the statement emphasized.

Starting from noon on July 12, units of the armed forces of Armenia, grossly violating the ceasefire in the direction of Tovuz district along the Azerbaijani-Armenian state border, opened artillery fire at Azerbaijani positions. Azerbaijan's armed response forced the Armenian armed to retreat, suffering losses.

On the night of July 12-13, tensions continued on the Azerbaijani-Armenian border in the Tovuz district’s direction.

During the battles, the senior lieutenant of the Azerbaijani army, Rashid Mahmudov was killed.