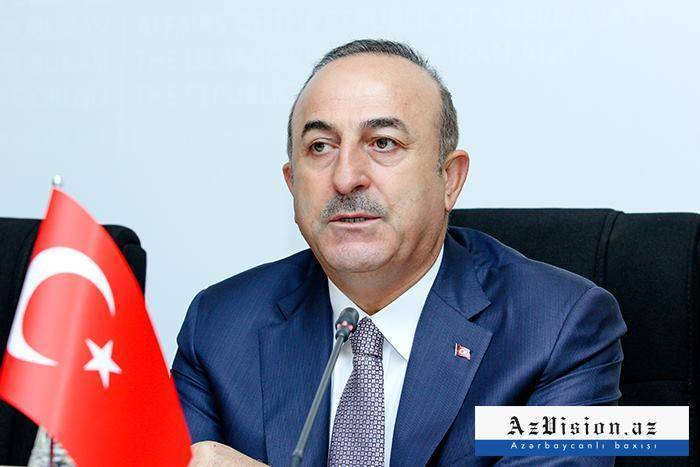 “Turkey, with all its capabilities, is close to Azerbaijan,” the foreign minister said. “Although Turkey supports the political settlement of the Armenia-Azerbaijan Nagorno-Karabakh conflict, the provocation of the Armenian armed forces in the direction of Azerbaijan’s Tovuz district shows that Armenia has entered the warpath. We will not leave Azerbaijan alone!”

“Turkey has always been close to Azerbaijan and will continue to support it,” Cavusoglu added.

The Turkish Foreign Ministry issued a statement a day earlier in which it was stressed that the repel of Armenia’s attack by Azerbaijan is concrete evidence that Armenia’s aggression will not remain unanswered.

The Turkish Foreign Ministry condemns the attack of the Armenian armed forces on Azerbaijan’s Tovuz district.

“The Armenian side must abandon such dangerous tactics and enter a rational, legal way,” the ministry said. "Turkey will always be close to Azerbaijan in protecting its territorial integrity by using all available means."

Starting from July 12 afternoon, while grossly violating the ceasefire regime on the Azerbaijan-Armenia state border in Azerbaijan’s Tovuz district, the Armenian armed forces fired at the Azerbaijani positions by using artillery.

The tension remained in Tovuz district on the Azerbaijan-Armenia state border on July 12 night.

During the night battles, by using artillery, mortars and tanks, the Azerbaijani armed forces destroyed a stronghold, bombshells, vehicles and servicemen on the territory of the Armenia’s military unit.