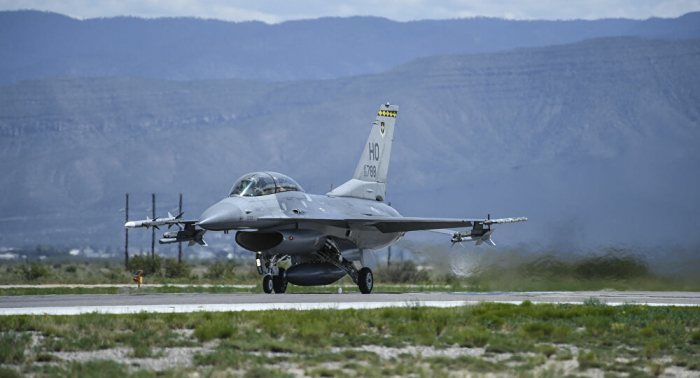 US Air Force F-16C Viper, assigned to the 49th Wing, crashed when conducting a landing at Holloman Air Force Base on Monday, according to the statement made by base officials, AzVision.az reports citing Sputnik.

The incident took place at around 6 p.m. local time.

The Air Force said that the pilot ejected successfully and is currently being treated for minor injuries. Emergency services were confirmed to be operating on scene.

The investigation of the incident is ongoing.