Press-conference held in Stockholm in connection with Armenia’s provocations 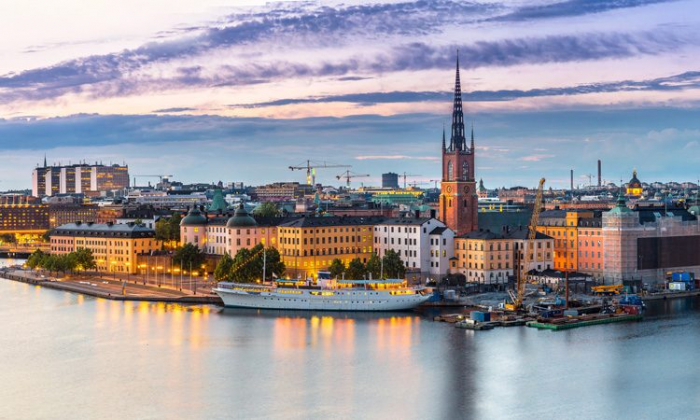 The Coordinating Council of Azerbaijanis of Sweden organized a press-conference in Stockholm dedicated to the recent military provocations committed by Armenia against Azerbaijan, the Azerbaijani State Committee on Work with Diaspora told reporters on July 24.

While speaking at the event, Coordinator of the Council Irada Aliyeva-Soderberg informed the participants about the provocations committed by the Armenian armed forces in the direction of Tovuz district on the Azerbaijani-Armenian state border.

Aliyeva-Soderberg stressed that the Azerbaijanis of Sweden firmly condemn these provocations.

The statement was made during the press-conference that Armenia occupied the historical lands of Azerbaijan - Nagorno-Karabakh region and seven adjacent districts, ignoring the UN Security Council’s four resolutions, which require the immediate, complete and unconditional withdrawal of the Armenian armed forces from the Azerbaijani lands.

Then the coordinator read out a statement made by the Council.

“In this statement, our compatriots demand from the world community to take decisive steps for liberating Azerbaijani lands from the Armenian occupation, restoring Azerbaijan’s territorial integrity and returning the expelled Azerbaijani IDPs and refugees to their houses,” the committee said.

Further, representatives of various diaspora organizations made the condemning statements.

“These statements, as well as the detailed information about Khojaly tragedy, the statements of the international organizations regarding the Armenia-Azerbaijan Nagorno-Karabakh conflict were sent to the parliament, the Swedish Foreign Ministry, all political parties of the country, international organizations, media outlets, including such newspapers as Aftonbladet, Expressen, Dagens Nyheter and SVT,” the committee said.