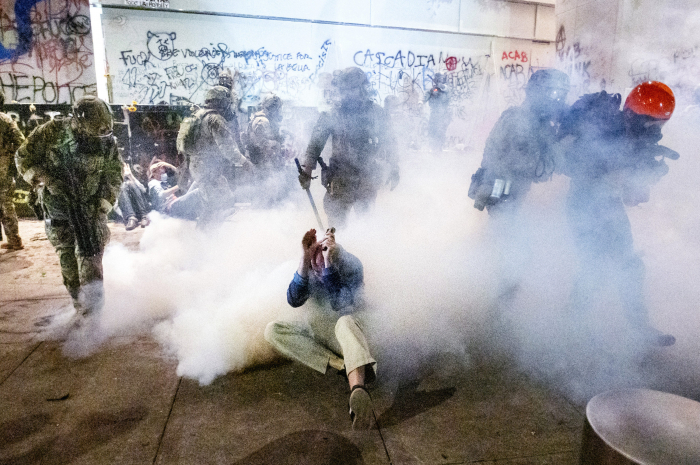 Another night of protests in the US city of Portland turned violent as federal agents deployed tear gas against hundreds of protesters to deter a violent minority of them from attacking a downtown courthouse.

Scores of people, many of whom were engaged in peaceful activities on Friday night, hurriedly left the adjacent area, coughing, sneezing and rubbing their eyes.

​Officers fired gas canisters and flashbangs after several dozens of protesters started shaking a metal fence around the courthouse and hurling petards and various incendiaries over it.

​Portland, a predominately white city in America’s northwest, is home to the nation’s longest and arguably most intense antiracism campaign which has been raging for 58 days and over recent weeks has grown in numbers and evolved into a nightly fight against the deployment of federal forces by President Donald Trump, despite the opposition of local Democratic authorities.