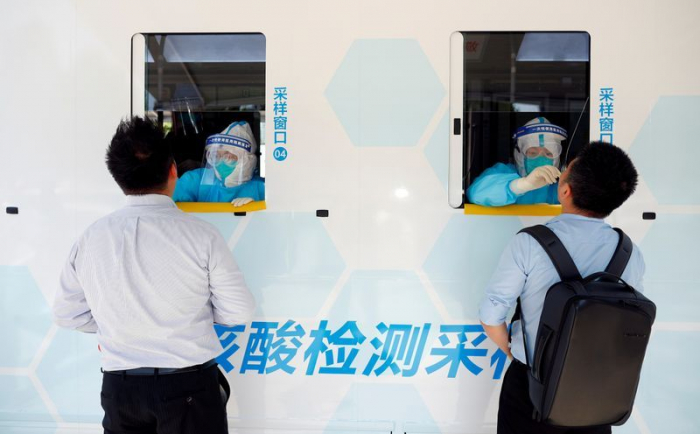 Countries around Asia are confronting a second wave of coronavirus infections and are clamping down again to try to contain the disease, with Australia recording a record daily rise in cases and Vietnam locking down the city of Danang.

In China, infections not involving people returning from overseas hit the highest number since early March, with a total of 57 domestic transmissions reported out of 61 new cases.

The measures, which are expected to take effect from Wednesday, would be the first time the city has completely banned dining in restaurants. Since late January, more than 2,600 people have been infected in Hong Kong, 19 of whom have died.

Australian authorities warned a six-week lockdown in parts of southeastern Victoria state may last longer after the country registered its highest daily increase in infections.

Most of Australia is effectively virus-free but flare-ups in the two most populous southeastern states have authorities scrambling to prevent a wider national outbreak.

Victoria reported a daily record of 532 new cases on Monday and six more deaths, taking the state toll to 77, almost half the total national death toll.

In Japan, the government said it would urge businesses to increase telecommuting and enhance other social distancing measures amid a rise in coronavirus cases among workers.

Japan has avoided mass infections but a record surge in cases during the past week in Tokyo and other urban centres has experts worried the country faces a second wave.

Tokyo last week reported a daily record of 366 cases, with 239 on Sunday. The southern city of Fukuoka reported a record 90 cases on Sunday, along with rising numbers in Osaka.

Vietnam is evacuating 80,000 people, mostly local tourists, from the central city of Danang after three residents tested positive for the coronavirus at the weekend, the government said on Monday.

The Southeast Asian country is back on high alert after the government on Saturday confirmed its first community infections since April, and another three cases on Sunday, all in Danang.

Philippine President Rodrigo Duterte is expected to focus on COVID-19 and the economy in his annual State of the Nation Address later on Monday, amid a renewed coronavirus outbreak.

Manila is weighing whether to re-impose stricter lockdown measures after easing them saw a dramatic surge in infections, with 62,326 cases reported since June 1.

North Korean state media reported on the weekend that the border town of Kaesong was in lockdown after a person who defected to South Korea three years ago returned this month with symptoms of COVID-19.

If confirmed, it would be the first case officially acknowledged by North Korean authorities.

North Korean leader Kim Jong Un convened an emergency politburo meeting in response to what he called a "critical situation in which the vicious virus could be said to have entered the country", the KCNA state news reported.

South Korea has reported more than 14,000 cases and 298 deaths from the pandemic. Saturday's 113 infections were the highest on a single day since March 31.

Indonesia is expected to report its 100,000th case on Monday, having surpassed China with the highest number of cases and deaths in East Asia.

More than 16.13 million people have been reported to be infected by the novel coronavirus globally and 644,836​ have died, according to a Reuters tally.