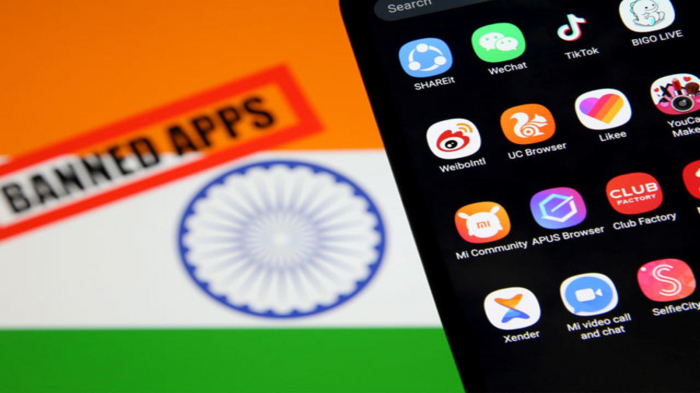 "We have banned 47 mobile apps from China in this ongoing exercise which highlights the government's seriousness about data privacy and security," an Indian information ministry official, who asked to remain anonymous, told AFP Monday.

"The order was issued on Friday. Most of these 47 apps are banned for the same reasons as the earlier 59,” the official added.

Some of the banned apps include sharing apps SHAREit Lite and Helo Lite, the Times of India reported.

Tensions between India and China have increased in recent weeks, with troops from each country engaging in a deadly confrontation in mid-June in eastern Ladakh, an Indian union territory. The border clash left 20 Indian soldiers dead.

The two countries have accused each other of transgressing the de facto border known as the Line of Actual Control that separates Ladakh from the Chinese Tibet Autonomous Region.

TikTok and other apps created by China-based developers have also been under scrutiny by the US government in recent weeks.

Last week, the US House of Representatives voted to block federal employees from downloading TikTok on government-issued devices as part of a $741 billion defense policy bill. The amendment targeting the app was approved by a 336-71 vote.

US President Donald Trump also revealed earlier this month that a ban on TikTok is something his administration is weighing.

“It’s something we’re looking at, yes,” Trump said in an interview with Gray Television’s Greta Van Susteren. “It’s a big business. Look, what happened with China with this virus, what they’ve done to this country and to the entire world is disgraceful.”