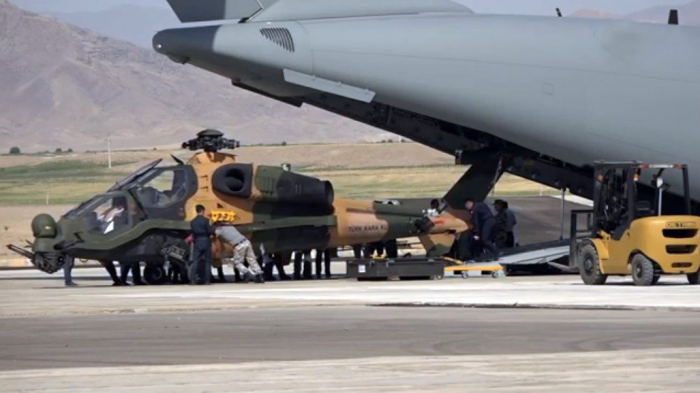 A group of servicemen and aviation equipment of the Turkish Armed Forces, involved the joint Azerbaijan-Turkey live fire large-scale tactical and flight-tactical exercises, arrived in Nakhchivan.

The national anthems of Azerbaijan and Turkey were performed during the solemn welcoming ceremony held at a military airfield of the Separate Combined Arms Army, AzVision.az reports.

Military transport and combat helicopters, delivered by cargo planes, are being prepared for the live-fire flight-tactical exercises.