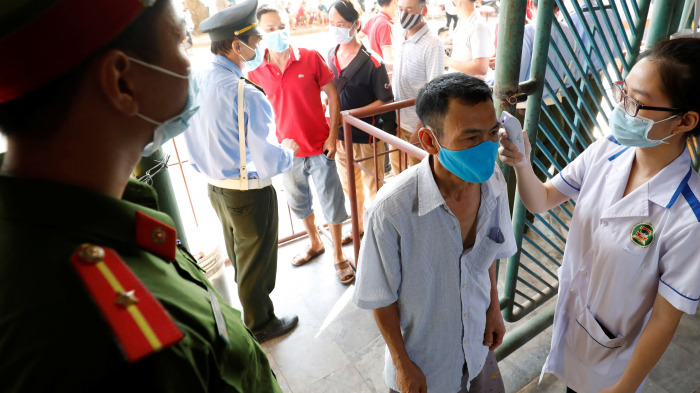 Vietnam's government has warned that the whole country is at risk of a new coronavirus outbreak, AzVision.az reports citing BBC News.

After three months with no cases, Vietnam has now recorded at least 30 cases, all linked to the central beach resort city.

Da Nang was closed to tourists earlier this week and has now been ordered to go into a total lockdown.

Authorities are trying to trace and isolate anyone who spent time there.

Prime Minister Nguyen Xuan Phuc on Wednesday warned that every province and city in the country was at high risk of infections.

"We have to act more swiftly and more fiercely in order to control the outbreak," state media quoted him as saying.

He told government officials that the virus strain appeared to be different to that seen in Vietnam earlier this year and that tourist hubs throughout the country should increase vigilance.

The health ministry on Wednesday reported eight new local transmissions linked to the outbreak in Da Nang, including cases in several other cities and the capital Hanoi.

Hospitals across the country have also stepped up preventative measures, while Hanoi has begun urging people to wear masks in public again.

Officials say there had been up to 80,000 domestic tourists in Da Nang at the weekend. Prior to and after cases were confirmed there at the weekend, many travelled back to their hometowns.

Authorities are urging people to report if they were in a hotspot and then self-isolate. Da Nang's airport and bus terminal have been shut down.