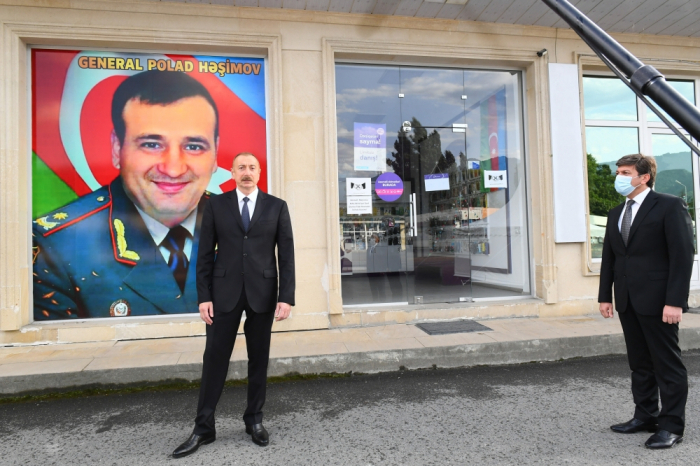 The head of state also spoke of Major General Polad Hashimov's heroism, who was born in Vendam village of Gabala, and instructed to name one of the streets in Gabala after his name. Relevant instructions were given in this regard.

Note, Major General Polad Hashimov was born in 1975 in Vendam village of Gabala. He lived in Sumgayit. Hashimov also took part in the April battles. He was awarded for his bravery. Major General Hashimov martyred during the battles in the direction of Tovuz region of Azerbaijan.