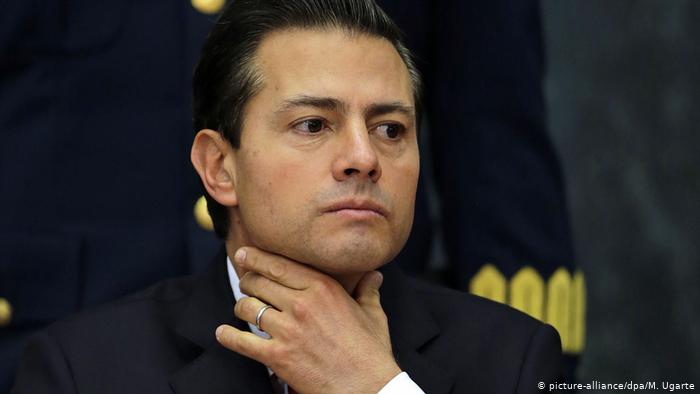 A former head of Mexican state oil firm Pemex has alleged that former president Enrique Pena Nieto instructed him to pay campaign consultants with more than $4 million in bribes from a Brazilian company.

The Mexico Attorney General's Office announced on Tuesday that it was investigation allegations that ex-president Enrique Pena Nieto partially funded his 2012 election campaign with bribes from the Brazilian construction company Odebrecht.

Attorney General Alejandro Gertz Manero said that a former head of Mexican state oil firm — Petroleos Mexicanos (Pemex) — has alleged that Nieto and his finance secretary, Luis Videgaray, instructed him to pay campaign consultants with more than $4 million in bribes from Odebrecht.

Accused of graft, former Pemex Chief Executive Emilio Lozoya was extradited in July from Spain, where he was captured earlier this year, after being on the run for months.

"There were a series of bribes for a quantity of more than 100 million pesos, which were fundamentally used for the 2012 campaign for the presidency of the republic,'' Gertz Manero said in a video statement.

"And those who were later president and his finance secretary are the people who this individual presenting the complaint says ordered that the money be given to various foreign electoral advisers who collaborated and worked on the campaign of these two people.''

In 2016, Odebrecht had admitted to involvement in corruption in Latin America.

Lozoya also claimed that Pena Nieto and Videgaray ordered 120 million pesos to be paid to a congressman and five senators to help the clearance of economic reforms in 2013 and 2014 during Pena Nieto's stint in office.

The former president and his finance secretary have not been charged, and have previously denied any wrongdoing.