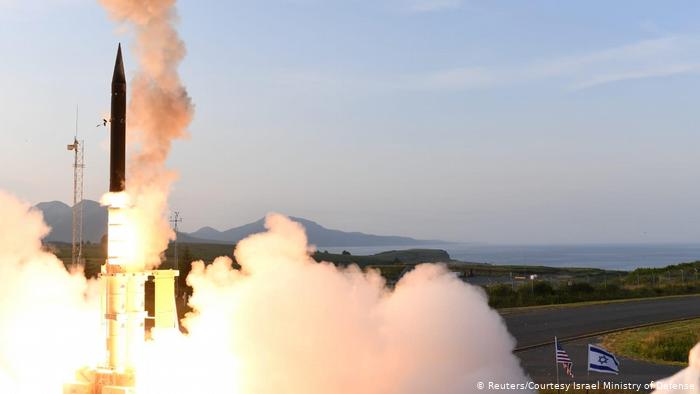 “The Arrow-2 interceptor successfully performed its planned trajectory and destroyed the target,” the Pentagon agency said in a statement.

The Arrow-2 and a newer generation system, Arrow-3, serve as the top tier of an integrated Israeli shield built up with U.S. backing to withstand various potential missile salvoes.

“MDA remains committed to assisting the government of Israel as it upgrades its national missile defense capability against current and emerging threats,” said the agency’s director, Vice Admiral Jon Hill.

The test was conducted at a test range in central Israel and over the Mediterranean Sea, MDA said.