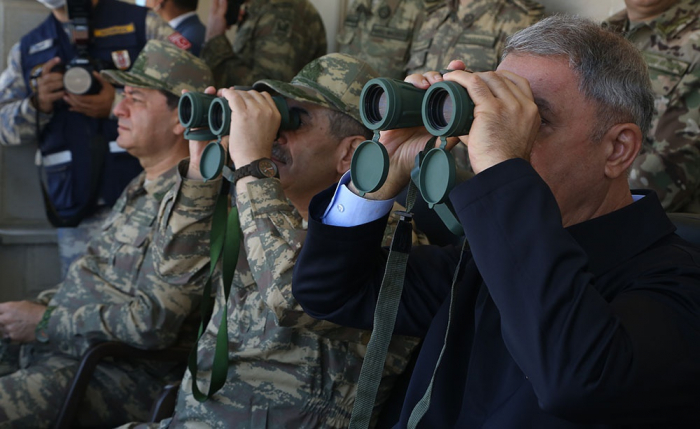 A Distinguished Visitors Day was held on August 13, during the Live-Fire Joint Large-Scale Tactical and Flight-Tactical Exercises of the Land Forces and the Air Force of Azerbaijan and Turkey.

The Heads of the Defense Ministries of Azerbaijan and Turkey, as well as the commanders of the types of troops of the armies of the two countries, arrived at the training range to observe the final episode of the first stage of the exercises. 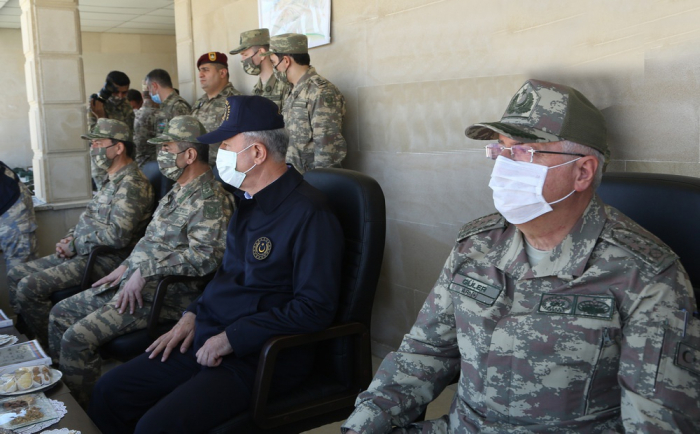 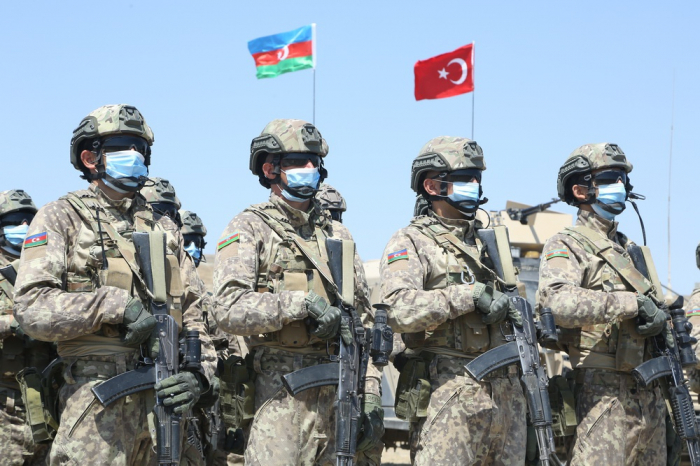 During the joint tactical exercises, the servicemen and units of the armies of both countries have shown high professionalism and skills, the military personnel of the headquarters and units increased the experience in planning and performing joint actions, gained in previous exercises, demonstrated their readiness to cope worthily with the assigned tasks to achieve the strategic goals arising from national interests of both countries. 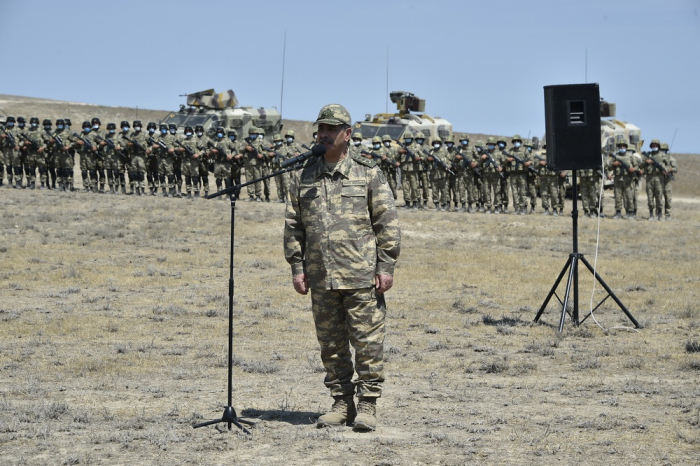 After the successful completion of the final episode of the first stage of the joint exercises, the guests have met with the military personnel, awarded the distinguished servicemen and a photo was taken.

In the end, the delegations and exercise participants were presented with a musical program consisting of military marches of Azerbaijan and Turkey. 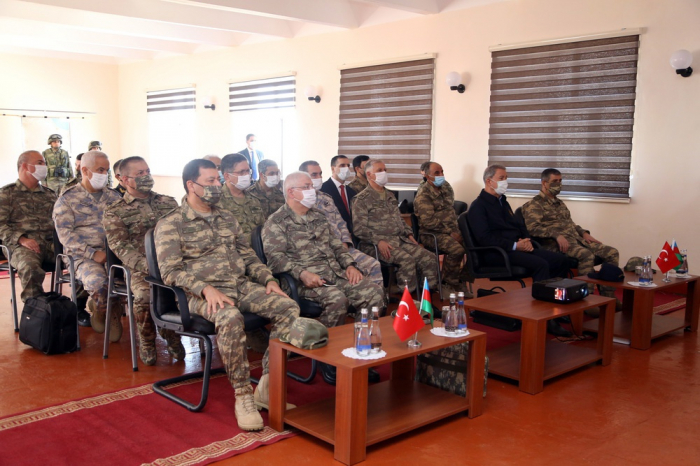 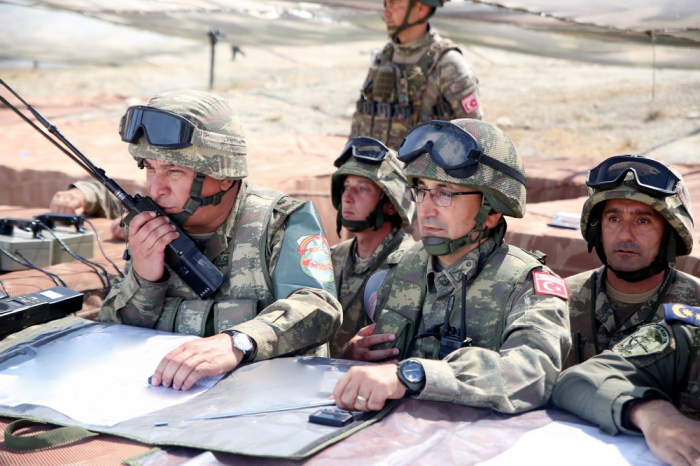 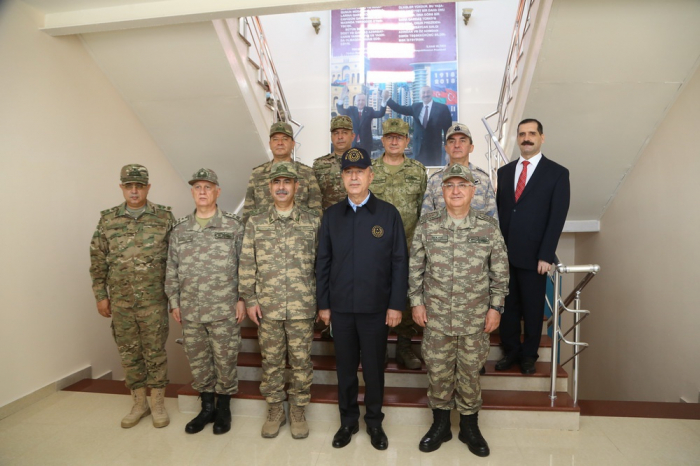 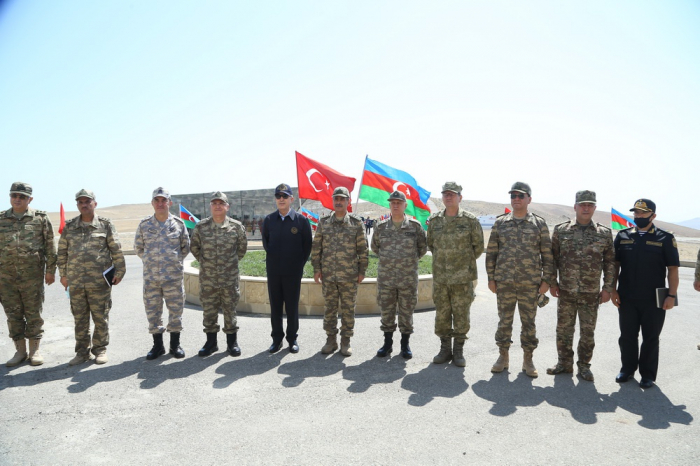 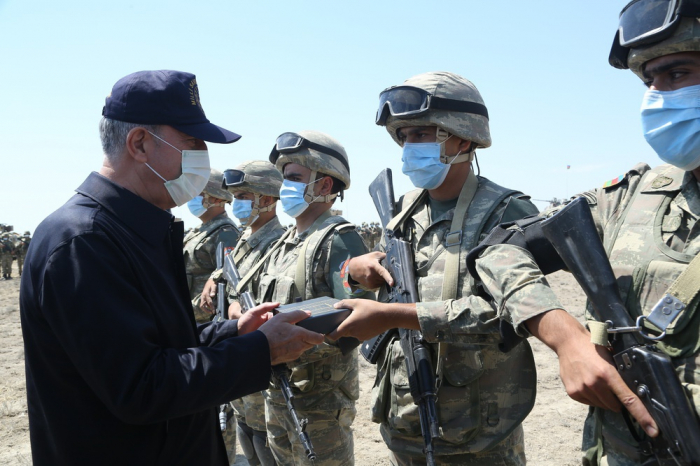 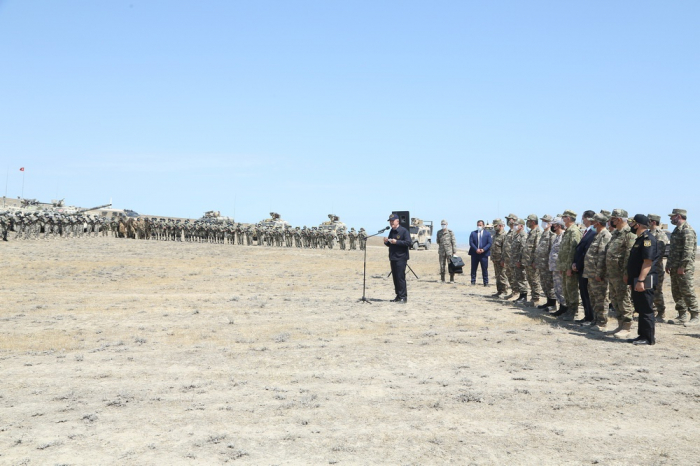 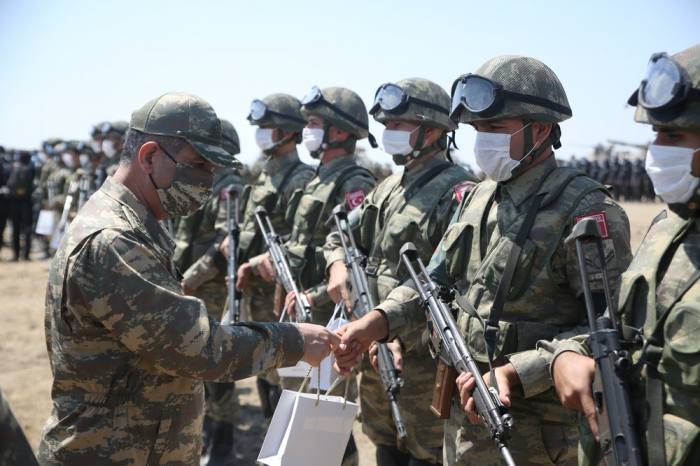