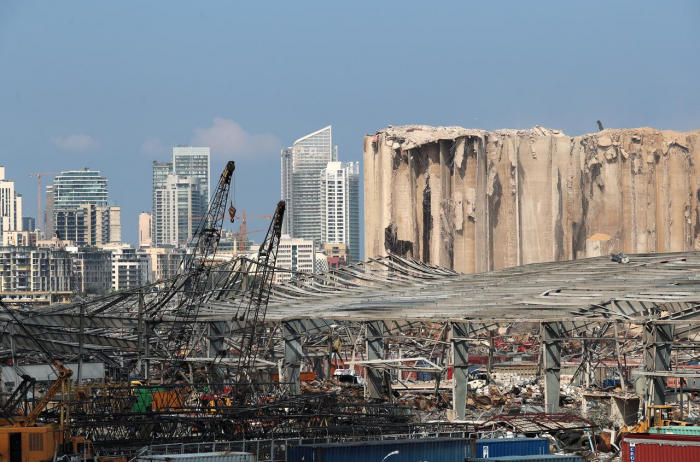 The United States called on Saturday for a transparent and credible investigation into the massive port blast in Beirut that killed 178 people and said Lebanon could never go back to the days “in which anything goes” at its ports and borders, AzVision.az reports citing Reuters.

The Aug. 4 blast, which the authorities say was caused by more than 2,000 tonnes of ammonium nitrate that had been unsafely stored at the port for years, injured 6,000 people, ruined entire neighbourhoods and left 300,000 homeless.

“We can never go back to an era in which anything goes at the port or the borders of Lebanon that had to contribute to this situation,” said David Hale, U.S. Under-Secretary of State for Political Affairs, after visiting the port.

He added that FBI agents would be arriving this weekend, at the invitation of Lebanon, to help investigate what led to the explosion.

The blast has fuelled anger at Lebanon’s ruling politicians who were already facing criticism over a financial meltdown that has sunk the currency, demolished the value of savings and left depositors unable to withdraw their money.

“We can’t trust this government. They will lie to us. They should form an international committee to investigate this,” said businessman Jimmy Iskandar.

President Michel Aoun has said a probe will look into whether the cause of the blast was negligence, an accident or “external interference”.

“They won’t do a thing in an investigation and the whole world knows that,” said painter Mohammed Khodr, as he helped repair a restaurant damaged in the blast.

The heavily armed, Iran-backed Lebanese group Hezbollah, which is listed as a terrorist organisation by the United States, said on Friday it would wait for results of the official Lebanese investigation into the blast.

But if it turns out to be an act of sabotage by neighbouring Israel then it would “pay an equal price”, Hezbollah leader Sayyed Hassan Nasrallah said in a televised address. Israel has denied any role in the explosion.

Nasrallah said his group was against an international investigation because its first purpose would be to “distance Israel from any responsibility for this explosion, if it had responsibility”. He said the participation of the FBI in an investigation would serve the same purpose.

Some Lebanese people doubt the authorities can carry out a proper investigation and say foreign countries should intervene.