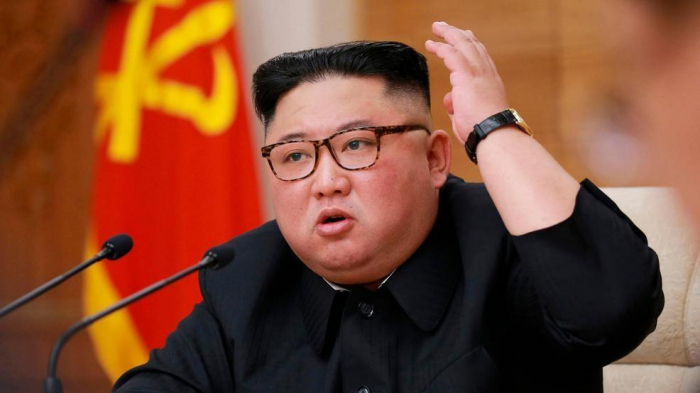 North Korean dictator Kim Kong-un has ordered citizens to hand over their pet dogs — so they can be killed for food.

The hermit state says pet dogs are now considered a “decadent” luxury and “a ‘tainted’ trend by bourgeois ideology,” and must be surrendered, according to a report by South Korea’s Chosun Ilbo media outlet.

The outlet says the move is likely designed to quell public anger over the country’s economic tailspin. A source told the outlet that Kim made the order in July.

“Authorities have identified households with pet dogs and are forcing them to give them up or forcefully confiscating them and putting them down,” the source said.

Once the pets are rounded up, it’s reported, some go to zoos and some are sold into the restaurant trade, where dogs are regularly consumed. Pyongyang, the Daily Mail reports, has a number of specialized dog eateries.

Chosun Ilbo reports that although pet ownership was long frowned upon in North Korea, the state had seemed to relent since the late 1990s, when the rich of Pyongyang started owning pets as symbols of superiority.

According to the source: “Ordinary people raise pigs and livestock on their porches, but high-ranking officials and the wealthy own pet dogs, which stoked some resentment.”

According to the Daily Mail, a recent report by the UN said up to 60 percent of North Koreans face “widespread food shortages.” In recent weeks, heavy rain and flooding have sparked concern about crop damage and food supplies in the isolated country.

North Korea’s national Red Cross Society is the only organization with access to all nine provinces, and more than 43,000 volunteers have been working alongside health teams on COVID-19 prevention efforts as well as helping flood-related work, said Antony Balmain of the International Federation of Red Cross and Red Crescent Societies.

“Hundreds of homes have been damaged and large areas of rice fields have been submerged due to heavy rain and some flash flooding,” Balmain said, according to Reuters.

Kim declared an emergency last month and imposed a lockdown on Kaesong, near the inter-Korean border, after a man who defected to the South in 2017 returned to the city showing coronavirus symptoms.