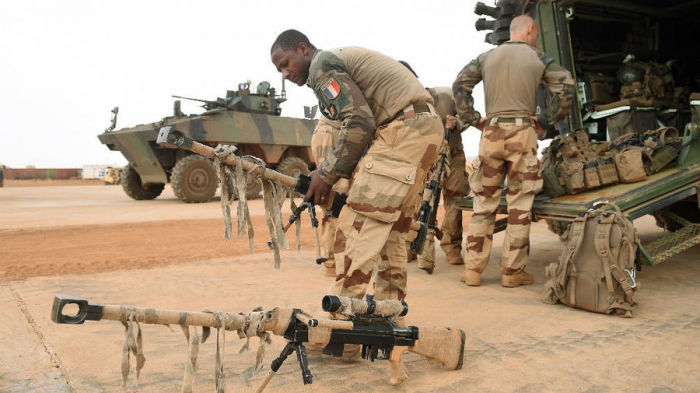 Malian soldiers took up arms in the garrison town of Kati on Tuesday and began arresting senior military officers in an apparent mutiny that comes after more than two months of political demonstrations calling for the president's resignation.

It was not immediately clear who was behind the latest unrest to wrack Mali, but the developments already had prompted government workers in the nearby capital of Bamako to evacuate as soldiers began detaining officials.

"Arrests are being made of officials. It’s total confusion,” said an officer at Mali's Ministry of Internal Security, who spoke on condition of anonymity because he is not allowed to speak to journalists.

It was not immediately known where embattled President Ibrahim Boubacar Keita was when the chaos erupted Tuesday.

Witnesses said armoured tanks and military vehicles could be seen on the streets of Kati, located only 15 kilometres (less than 10 miles) from the capital. The French Embassy in Bamako tweeted that residents of Kati and Bamako should stay indoors amid the latest developments.

The dramatic developments Tuesday bore a worrisome resemblance to the events leading up to the 2012 military coup, which ultimately unleashed years of chaos in Mali.

On March 21, 2012 a mutiny erupted at the Kati military camp as rank-and-file soldiers began rioting and then broke into the camp’s armoury . After grabbing weapons they headed for the seat of government, led by then Capt. Amadou Haya Sanogo.

Sanogo was later forced to hand over power to a civilian transitional government that then organized elections. The man who won that 2013 vote — Mali's current president — has faced mounting pressure to step down as his unpopularity has grown.

Regional mediators have urged him to share power in a unity government but those overtures were swiftly rejected by opposition leaders who said they would not stop short of Keita's ouster.

The current president has faced growing criticism of how his government has handled the relentless Islamic insurgency engulfing the country once praised as a model of democracy in the region. The military faced a wave of particularly deadly attacks in the north last year, prompting the government to close its most vulnerable outposts as part of a reorganization aimed at stemming the losses.