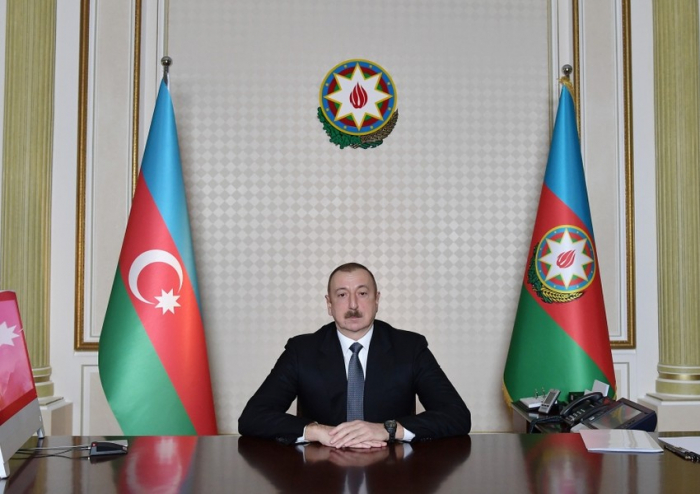 Today, Azerbaijani entrepreneurs are investing heavily in foreign countries, taking advantage of the existing stability and peace in our country, the support provided by the state, the conditions created for them and leaping the benefit from the liberalization of our economy, said President of Azerbaijan Ilham Aliyev in his speech at an online meeting with Faig Qurbatov, newly-appointed head of Bilasuvar District Executive Authority and Elmir Baghirov newly-appointed head of Saatli District Executive Authority.

President Ilham Aliyev also noted that this is a natural process of how the world economy is governed and we cannot ban it.

"An Azerbaijani entrepreneur who invests tens of millions of dollars in foreign countries must think about his motherland, his people. They must think that today, during the pandemic, unemployment may rise in the face of a sharp drop in oil prices. Therefore, I appeal to the Azerbaijani entrepreneurs to say that in the current situation, your funds should work for the benefit of your country's economy. Invest in Azerbaijan. Your funds are protected at the highest level.

The business climate in Azerbaijan is developing year by year, and I believe that we have made historic achievements within the Douing Business program. The president and the government will continue to support the entrepreneurs. Therefore, in the current situation, I do not think it is right to invest large amounts of money in foreign countries. Let the pandemic end, the situation in the oil markets stabilize, economic growth pick up, and then I do not mind, as I have never minded before.

However, in the current situation, I think this is intolerable, and, of course, we can not prohibit it in any legal way, and we do not have such an idea. On the other side, we can control, and the relevant agencies of Azerbaijan should pay serious attention to this issue. If in the current situation, Azerbaijani businessmen want to invest in foreign countries, they must justify it and this issue should take spotlight", President Ilham Aliyev stated.